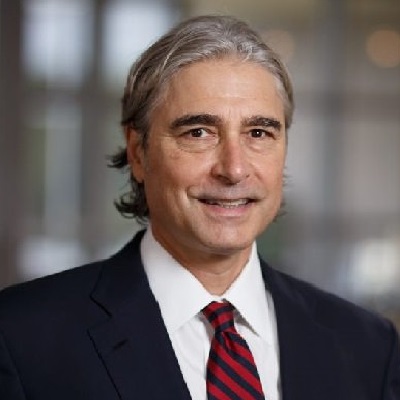 In July 2019, Eliza shared a photo and shared her pregnancy news. They welcomed their first child Philip in Aug 2019.

Peter was firstly married to Marie-Louise. The couple also has four children Manon Palandjian, Petros Palandjian, Margot Palandjian, and Madelon Palandjian. However, they get separated later.

Peter Palandjian is the Chief executive officer of “Intercontinental Real Estate Corporation”. It is a company founded by his father.

He was a professional tennis player prior to his business career.

The businessman celebrates his birthday on February 12, 1964. His birthplace is Boston, Massachusetts. Peter’s ancestry is of Iranian and Armenian descent.

His father’s name is Petros A. Palandijan. He is an American immigrant from Iran. Petros founded The Intercontinental Real Estate Corporation in the year 1959. Likely talking about his mother, her name is Sheila Kelly Palandijan.

Peter has a brother named Paul. He is currently the Managing Director of Trinity Group Ltd.

He has his schooling from Philips Academy Andover.  Then he has his Bachelor of Arts degree in English and American literature at the Harvard University.

Peter developed his interest in tennis back in his school days. He played as the captain of the Harvard tennis team twice. Likewise, he has also been part of various several NCAA Championships, in both singles and doubles events.

Completing college, Peter was more focused on tennis but only played for a while. Talking about his professional career, he lifted six ATP tour titles in 1987 and 1988.

The player was part of the three Grand Slam events: the French Open, Wimbledon, and US Open. In the year 1989, he retired from his tennis career and focus on business.

Quitting tennis, Peter joined as an associate in the global management consultancy agency, Bain & Company. Serving there for two years, he was appointed as an assistant to the CEO of Staples.

He also was studying at Harvard during his time at Staples. Upon graduating, he joined as CEO in his father’s company Intercontinental Real Estate Corporation.

It is a company that provides real estate services for domestic and international clients. The company has over $10 billion worth of real estate assets across the United States. Peter has transformed the company into a real estate conglomerate since his appointment.

Being the CEO of a company worth billions of dollars, Peter has accumulated a $12 billion value of total assets as of 2021.

He had earned career earnings of $30,728 during his time as a tennis player. However, it is nothing compared to his business earnings as of now.

On the other hand, talking about her wife she holds a net worth of around $25 million.

Peter has always taken his personal and professional life in its respective way. And so he hasn’t been part of any such rumors and controversial news in the media.

Peter stands tall with a height of 6 feet and 2 inches. He weighs around 82 kg.

Although being in his 50s, the businessman holds charming facial features, dazzling brown eyes, and has fair skin with hair.

He doesn’t seem to have his official account on other sites. However, there are various fan-made accounts.