Peter Reckell got married to actress Dale Kristien on the December of 1987. They got divorced after four years together as a couple on 1991. He, then, married American singer, songwriter and producer Kelly Moneymaker on 18th of April, 1998.

The couple had their daughter, Loden Sloan on the 25th of October, 2007. 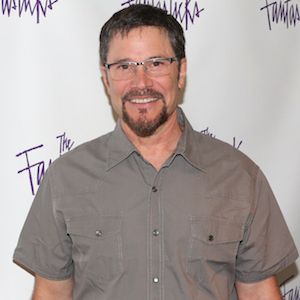 "I just want the people who support me to know the real reason why I'm not there."

Who is Peter Reckell?

Peter Reckell is an American actor. An environmentalist and a yoga lover, Peter is best known for his roles in “Days of Our Lives”, “Knots Landing” and “Venice the Series”. However, he shot into fame with his work as Bo Brady in the NBC drama “Days of Our Lives”.

Peter Reckell was born as Peter Paul Reckell on the 7th of May, 1955 in Elkhart, Indiana. He grew up in Okemos, Michigan. His nationality is American. He is the second child of his parents of six. He has three sisters and two brothers. The names of his parents and siblings are unavailable.

His early roots lie in theater; he built theater sets and performed in the chorus during his junior years in high school, to eventually become a theater technical director. He, during his high school, also appeared in a number of plays. After that, he attended the prestigious Boston Conservatory, where he graduated with a degree in Bachelor of Fine Arts in theater, with a minor in music and dance.

Peter’s acting career started with his debut in 1980 in the American television soap opera “As the World Turns”.

Since then, he went on to appear in television dramas, including his career-defining role in “Days of Our Lives”. He had a recurring role as Johnny Rourke in the prime-time American soap opera “Knots Landing”.

His stage credits include “Moonchildren”, “The Fantasticks”, “Deathtrap” and so on. He has also appeared in movies such as “Broken Bridges” and “Street Dreams”.

He has played the role of ‘Richard’ in the Emmy Award-winning web series “Venice: the Series”. Besides this, he has also made a cameo appearance in the music video for “Jingle Bells”, a song by his wife Kelly Moneymaker.

Peter Reckell has won 6 out of the 9 awards that he has been nominated for. This includes his two wins in the Soap Opera Digest Awards as “Outstanding Actor in a Daytime Soap Opera” for his role in “Days of Our Lives” for two consecutive years 1984 and 1985.

He also won “Outstanding Young Leading Actor in a Daytime Serial” and “Hottest Male Star” for “Days in Our Lives” in the years 1986 and 1996 respectively, in the Soap Opera Digest Awards. Besides these, he has won the award of “Favorite Couple” for the same series in 2001, which he shared with his co-actor, Kristian Alfonso. The following year he took home the award for “America’s Favorite Couple” for “Days in Our Lives“.

His other nominations include: “Favorite Daytime Super Couple on a Daytime Serial” in 1986, “Irresistible Combination” in 2005, and a Daytime Emmy Awards nomination for “Outstanding Lead Actor in a Drama Series” in 2009 for his work in “Days of Our Lives”.

Reckell: Salary and Net Worth($3 m)

The information regarding Reckell’s salary is unavailable. However, he is estimated to have a net worth of $3 million as of 2022.

Peter played the role of Bo Brady, a fan favorite young and rebellious romantic bad boy in the series Days of Our Lives.

He left the show for the first time in 1987 only to return three years later in 1990. But when he left the show again after just a year of his return, rumors regarding his reason for departure began spiraling, some claiming that he was not happy with the storyline, while some saying there were issues regarding money.

However, he returned to the show again in 1995 but left after failing to come to terms with a new contract in 2012. He returned to “Days in Our Lives“ in 2015, and departed in the same year “for good” when his character Bo Brady died in the series.

His return and departure made headlines over the years, and once again rumors about him joining the cast of “Days of Our Lives” have risen. His divorce from his first wife Dale Kristien also kept him in the news for a while.

Reckell stands at an impressive height of 70.86 inches. His weight, dress size, and shoe size is unknown. He has an average body type and beautiful dark brown eyes and hair.