Peter Simonischek is an Austrian actor and stage artist. He is married to an actress Brigitte Karner.

Peter Simonischek is a married man. He is married to an actress Brigitte Karner. The beautiful couple tied the wedding knot on August 26, 1989.

They were blessed with two sons named Benedikt Simonischek (b. 1988) and Kaspar Simonischek (b. 1997). Kaspar is also an actor by profession and he also worked together with his parents in the movie Mozart in China (2008).

Previously, Peter was married to an actress Charlotte Schwab. They have also a son named Maximilian Simonischek. 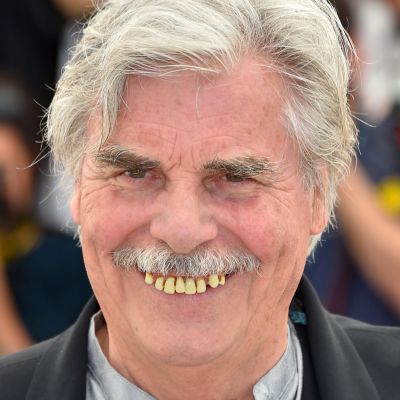 Peter Simonischek is an Austrian actor and stage artist. He is a member of the Burgtheater, the national theater of Austria in Vienna since 1999.

Peter was born on August 6, 1946, in Graz, Austria. According to his birth date, he is 75 years old. He was raised in Markt Hartmannsdorft, Styria.

Peter hasn’t yet disclosed his parent’s identity in the media. However, his father is a dentist by profession. He has a brother named Reinhard Simonischek who is also an actor by profession.

Talking about his education, he attended the Graz University of Technology where he studied architecture. Simultaneously, he also attended Advanced Prosthodontics courses. As his father wanted him to become a doctor.

However, he later joined the Graz University of Music and Performing Arts.

Further, Simonischek holds Austrian citizenship whereas his ethnicity is unknown at the moment.

In 1986, Peter made an appearance in the TV miniseries, The Lenz Papers as Andreas Lenz. He then made a film debut in Margarethe Von Trotta’s film, Love and Fear as Massimo.

The film was entered into the 1988 Cannes Film Festival. Since 1980, he has appeared in more than sixty films.

Simonischek got a career big break when he appeared in the German-Austrian comedy-drama film, Toni Erdmann. He portrayed the role of Winfried Conradi / Toni Erdmann in the film alongside Sandra Huller.

Recently, he appeared in the 2021 heist comedy film, Army of Thieves as a Locksmith.

Peter is active in the acting industry since 1980. To date, he might have accumulated an impressive amount of fortune throughout his acting career.

However, he hasn’t revealed his exact net worth, salary, and other earnings in the media as of 2022.

To date, Peter hasn’t been part of any sorts of rumors and controversy that create headlines in the media. He has managed to maintain a clean profile.

Talking about Peter’s physical appearance, he stands at a height of 6 feet 2 inches tall. Likely, he has a brown pair of eyes and his hair color is salt and pepper.