Peter Strauss is married to Rachel Ticotin since December 31, 1998. Rachel is an American film actress. Peter was previously married to Beverly Baker Paulding from 1973 till 1979.

Then, he exchanged vows with Nicole Fons in 1983. With her, he has had one son Justin Strauss. This couple divorced in 1994. 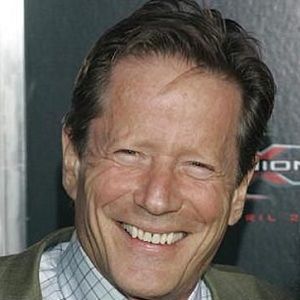 Who is Peter Strauss?

Peter Lawrence Strauss was born on February 27, 1947, in Croton-on-Hudson, New York, U.S. His father Warren B. Strauss was a wine importer. He is of German-Jewish ancestry.

Furthermore, there are not any details regarding Peter’s siblings. In addition, he hasn’t shared many of his childhood details and memories with us.

Peter is a graduate of Hackley School in New York. In addition, he attended Northwestern University in 1969.

Peter Strauss’s long professional career started in 1969 just after the completion of his academic courses.

His first movie was Hail, Hero! and was quickly able to gain the attraction of the public. During the early part of his career, he was most famous for his role in miniseries including, The Young Lawyers, Mary Tyler More, Hawaii Five-O, and much more.

The animated series K10C: Kids’ Ten Commandments and the television series Biker Mice from Mars used his voice for the sound of Moses and Stoker Van Rotten.

Other than these works, he has also done a TV commercial for Miracle-Gro Plant Food. And, he is also involved in the citrus business.

Peter has received Emmy Awards for Outstanding Lead Actor in a Limited Series for his role in The Jericho Mile.

Also, he has been nominated for his role in the series Masada and Rich Man, Poor Man in Emmy Awards, and Golden Globe Awards.

Peter has had a successful career in his acting. Furthermore, his side business on citrus is also successful so far.

Hence, his net worth is $5 Million making him very powerful economically.

Peter is the owner of a farm in California.

So far, there are not any major controversial topics relating to Peter. In addition, there are no rumors about his personal life and affairs.

Peter Strauss is 5 feet and 10 inches tall gentleman with an average weight. He has brown hair and gray eyes.

Dani Mathers apologizes for the Locker room incident and claims that it has definitely affected in her relationship! Click for the details!