Peter Vack is an American actor, writer, director and producer. Peter is low key about his romantic life. 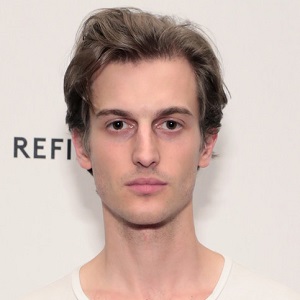 “I was born in the West Village in New York, and then when I was about four my family moved to what they joke is the suburbs, the Upper West Side. I lived there for most of my childhood.”

Peter Vack is quite secretive about his personal information. There is no rumor heard about his affair and relationship. Currently, he is possibly single.

Previously, he dated an American actress Troian Bellisario. Although they did not open up about their relationship.

Who is Peter Vack?

Peter Vack is an American actor, director, writer, and producer.

He is famous for his role Jason Strider in the MTV comedy series ‘I Just Want My Pants Back’ and as Alex Merriweather in the Amazin video comedy-drama series ‘Mozart in the Jungle.’

Peter is the founding member of the Casitas Group, which is a Los Angeles theater company.

Peter grew up in a Jewish family in New York City. He has got a younger sister, Betsey Brown. They together played in ‘Consent’ as siblings in 2010.

Peter has been portraying the role of Alex Merriweather in the Amazon Video comedy-drama series ‘Mozart in the Jungle’ since 2014, alongside Lola Kirke, Bernadette Peters, Malcolm McDowell.

He has given the voice of Gary Smith in the video game ‘Bully’ in 2006.

He has an estimated net worth of $16 Million and his salary is $250,000. His main source of income is his professional career.

He used the money which earned from the film ‘Mozart in the Jungle’ to direct his first feature film ‘Assholes’ and the movie became the most disgusting movie ever.

He has a height of 5 ft. 9 inches and he weighs 68 kg. Peter has got light brown hair and dark brown eyes.