Peter Weller is an American film and stage actor, television director, and art historian. He is married and blessed with one kid.

Peter Weller and actress Shari Stowe were in a relationship for a long time before they got married on June 24, 2006. The day was Weller’s 59th birthday and celebrities like Carrie Fisher and Marg Helgenberger were among the guests at their wedding.

Furthermore, he has a daughter, Kate Linden Weller. 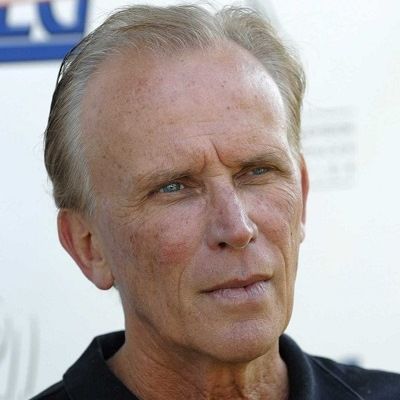 There was a couple of things that made the character more human that wasn't used. I can't remember exactly what the scenes were, I just remember wondering why they weren't in.

I have to say it didn't quite have the third great act that RoboCop (1987) had and, by the time I was into the second one, I knew I was tired of it, plus David Cronenberg had asked me to do Naked Lunch (1991) with him, so I was happy to do it, and was happy to be gone.

Aside from the action-adventure, the corruption, corporate machinery gone berserk and so on, the heart of all this is a morality tale. It's like "Beauty and the Beast", or the Tin Man of "The Wizard of Oz". It's a great little jewel of a human story.

Who is Peter Weller?

Peter Weller is an American film and stage actor, television director, and art historian. Likely, Weller has appeared in more than 70 films and television series, including RoboCop (1987) and its sequel RoboCop 2 (1990), where he played the title character. He has also appeared in such films as Woody Allen’s Mighty Aphrodite (1995), the Oliver Stone-produced The New Age (1994), and David Cronenberg’s adaptation of William Burroughs’s novel Naked Lunch (1991).

Peter Weller was born in Stevens Point, Wisconsin, the United States on June 24, 1947. His birth name is Peter Frederick Weller and he is currently 74 years old. His father’s name is Frederick Bradford Weller and his mother’s name is Dorothy Jean Weller. Whereas, Weller’s father was also a federal judge and a career helicopter pilot for the United States Army, which was one of the main reasons he moved around the world with his family during his childhood.

There is no information about his siblings. Peter holds American citizenship and mixed (English- German- Irish- French) ethnicity. His birth sign is Cancer.

Talking about Peter’s education history, he attended the Alamo Heights High School. Later, he attended the University of North Texas and received his Bachelor of Arts in theatre. He also received training at the American Academy of Dramatic Arts.

Peter Weller began his journey as a theatre artist in the 1970s and appeared in several Broadway productions including Otto Preminger’s ‘Full Circle’, William Inge’s ‘Summer Brave’ and ‘Picnic’. He made his debut on the silver screen in 1979, appearing as ‘Joe Le Fors’ in ‘Butch and Sundance: The Early Days’.

Additionally, he later appeared in films like ‘Just Tell Me What You Want’, ‘Shoot the Moon’, and ‘Of Unknown Origin’ before making his mark in the 1984 drama film ‘Firstborn’. His portrayal of ‘Buckaroo Banzai’ in the adventure sci-fi film ‘The Adventures of Buckaroo Banzai Across the 8th Dimension’ in 1984 became an iconic role.

In addition, Weller portrayed the title character in the 1987 American cyberpunk action film ‘RoboCop’. The characterization of ‘Officer Alex Murphy’ became overshadowed by that of ‘RoboCop’, both played by Weller. Apart from Weller, the film also featured Nancy Allen, Dan O’Herlihy, Ronny Cox, Kurtwood Smith, and Miguel Ferrer in major roles. Three years later, Weller reprised his role in the sequel of the film, ‘RoboCop 2’.

Whereas, he also played the character of ‘William “Bill” Lee’. Weller has also portrayed notable characters in films like ‘Mighty Aphrodite’, ‘The New Age’, and ‘Star Trek Into Darkness’. Peter Weller has had a distinguished career on television as well. He made his debut in the TV film ‘The Man Without a Country’ as ‘’ Lt. Fellows’ in 1973.

Then, he also appeared in a few other TV films before making an appearance in ‘Partners’. He also hosted ‘Engineering an Empire’ on the History Channel. Weller was offered the role of ‘Buckaroo Banzai’ by W. D. Richter in his film ‘The Adventures of Buckaroo Banzai Across the 8th Dimension’. The science fiction adventure film revolves around the title character who fights aliens to save the world.

He has an estimated net worth of around $8 million (as per 2022 data) and he has earned that sum of money from his professional career.

There are no drastic rumors regarding Peter’s personal and professional life. It seems like he is doing the best job without harming others for which he hasn’t been a part of controversy yet.

Peter has a height of 5 feet 11 inches. Additionally, his weight is unknown. Peter’s hair color is Salt and Pepper and his eye color is blue.

Also know more about the early life, career, net worth, relationships, and controversies of other actors like Mark Valley, Caleb McLaughlin, Mark Harmon