Petra Verkaik is an American adult model, actress, and entrepreneur. She is Single.

Even if she is dating or has an affair, she has kept her love life low-key. 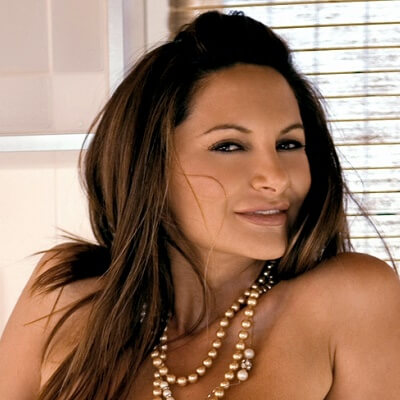 Who is Petra Verkaik?

Petra Verkaik is an American adult model, actress, and entrepreneur. She is best known as a Playboy model. Featuring in over 60 Playboy magazines and special editions, she is the most published woman in the magazine’s history.

Petra Verkaik was born on November 4, 1966, in Los Angeles, California, as Petra Charlotte Verkaik. As of 2020, her age is 53. Her father was from the Netherlands and her mother from Bali, Indonesia. However, she has not revealed their identities. Similarly, there is no information about her siblings, is she has any.

Until the third grade, she spoke Dutch as her language. Her ethnicity is Dutch, Indonesian.

Talking about her education, she is a high school graduate. After that, she took acting classes.

As of 2022, she has an estimated net worth of around $900k according to some notable online sources. Her main source of income is modeling, acting, and her company, Pinup Girls. Having featured for Playboy over 60 times, it is no surprise that her net worth has crossed more than a million dollars.

Verkaik stands at a height of around 5 feet 8 inches. She weighs around 59 kg. She has an attractive hourglass-shaped body with the measurements, 37-24-36 for breasts, waist, and hips. Her hair color is black and her eye color is Hazel. Her bra size is 32I.

Petra Verkaik never wanted to be an adult model. She wanted to be an actress and needed a headshot. In order to get a headshot for free, she traded with a photographer and in exchange, she modeled for him. The photographer sent those photos to Playboy and they immediately gave her a call and asked her to work with them. In February 1989, she appeared in the Great Playmate Hunt Special edition. In December, she became the  Playmate of the Month.

She also has some acting credits to her name. In 1996, she appeared on an episode of Married… with Children. Her movie credits include Pyrates, Auntie Lee’s Meat Pies, Love Potion No. 9, and The Last Road.

Petra is also a businesswoman. In 1995, she started her own production company, Pin-Up Girls. The company produced videos and calendars.

In 1989, she had an accident. She was working under her own Volkswagen van when the vehicle fell off its jack. According to her, her breasts saved her life by absorbing the impact of the crushing of the falling van

This accident occurred in the Playboy office’s parking lot. The security guards and the paramedics came to her rescue.

There were rumors that her breasts were implanted and not real. However, she and Playboy have both confirmed that the allegations are false. In fact, she is one of the few all-natural Playboy models. Other than that, she has not been involved in any scandals or controversy.

You may also like to read the Bio, Career, Relationships, Net Worth, Social Media, and more about Melissa Midwest, Kimberley Locke, Natalie Woods, and more.