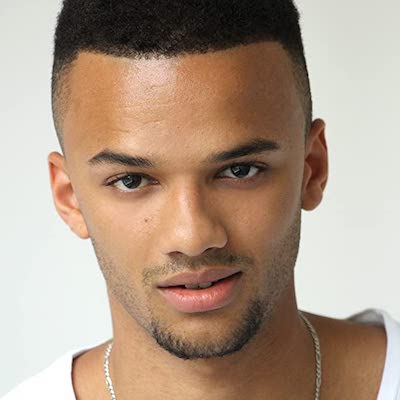 Petrice Jones’s relationship status is taken. He is dating a girl named Sophia Esperanza since 2020. His girlfriend is an influencer and has more than 2.7m followers on Instagram.

In Jan 2021, he shared an adorable picture of themselves captioning that he found his love in the 2020’s pandemic.

Moreover, he is serving as a CEO of an organization named The One Movement that repurposes ocean plastics.

His birthdate is 10 May 1993 and he was born in England, United Kingdom. The name of his mother along with his father is unknown.

Petrice’s ancestry is All-English and as per his academics, he studied at National Youth Theatre.

Petrice Jones started his acting career in 2013 with a film titled Stunted Trees and Broken Bridges where he played the role of Emerson. He then briefly appeared in other projects like Casualty, Exploited, We Still Kill the Old Way, Spotless, etc.

Moreover, Jones’s notable big-screen appearances are iBoy in 2017 as Shotgun and Play the Devil in 2016 as Gregory. His other acting projects are,

In 2021, he earned a net worth of around $100k US. His yearly salary from his rowing career is not revealed.

This iBoy famed actor is keeping himself away from rumors and desperate scandals.

Petrice Jones’s height is 6 ft 2 inches and his body weight is 75 kg. Similarly, he has dark brown eyes but his hair color is black.