People mostly know him for his role as Garrett Spenger in the television series ‘I Didn't Do It. 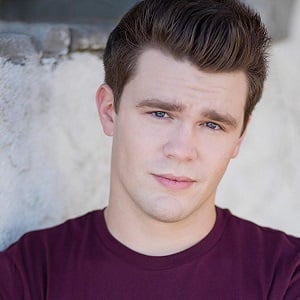 What is the relationship of Peyton Clark?

Peyton Clark is currently in a relationship with American actress Sarah Carpenter. The pair were previously best friends before they began dating in 2014. There are no details at present about the future of this relationship.

Who is Peyton Clark?

Peyton Clark is an American actor. People mostly know him for his role as Garrett Spenger in the television series ‘I Didn’t Do It.’ Additionally, he has also appeared in several other movies and television series like ‘#SquadGoals’ and ‘Mild Mannered.’

Clark was born in Indianapolis, Indiana on May 20, 1994. He was born to parents Melissa Clark and Richard Clark. He became interested in the world of show business from an early age. Peyton is of American nationality. Furthermore, there is no information about his ethnic background.

Talking about his education, no information is available at present regarding Clark’s educational background.

Clark initially appeared in several roles in his elementary school plays. In addition, he was cast as Little Jake in the neighboring high school’s production of ‘Annie Get Your Gun.’ In 2011, he portrayed the role of Otto in the TV series ‘Danger Jane.’ Since then, he has appeared in several other movies and television series. All in all, he has over 5 credits as an actor.

Some other movies and television series that Clark has appeared in include ‘#SquadGoals’, ‘I Didn’t Do It’, ‘Windsor’, ‘Alexis Joy VIP Access’, ‘Radio Disney Music Awards’, and ‘Code: 9.’

Clark has not been linked with any award nominations in his career.

Clark has not revealed his current salary. Furthermore, there are no details available about his estimated net worth at present.

Clark has not been involved in any notable controversies in his career. Furthermore, at present, there are no rumors concerning his life and career.

Talking about his body measurement, Clark has a height of 5 feet 11 inches (1.8 m). Additionally, his hair color is brown and his eye color is blue.