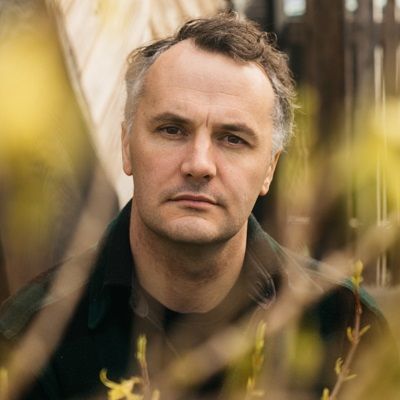 My daughter is right on the cusp of asking, Where is mama? She has asked that a couple of times, but then she lets it go, so I don't know how I'm going to navigate that for the rest of our lives

We live in Anacortes. We had a baby in early 2015, and then four months later, my wife was diagnosed with pancreatic cancer that was advanced and inoperable

I'm a musician, and my wife was also a musician and artist.

Phil Elverum first married a Canadian artist Genevieve Castree in 2003. Things were going smoothly but in 2015 Castree was diagnosed with inoperable pancreatic cancer.

After Castree passed away, he married Michelle Williams in July 2018. This wedding took place in Adirondack and was attended by a few friends and relatives.

But as per the reports, this couple separated since Jan 2019. The news of Nov 2019, said that Phil and Michelle are now officially not together.

Michelle Williams was previously married to Heath Ledger who died due to cardiac arrest. Michelle has a daughter, Matilda Ledger, from this marriage.

Who is Phil Elverum?

Phil Elverum is an American songwriter plus Visual artist. He is renown for his contributions to bands like The Microphone and Mout Eerie.

Phil is also a producer and has produced for artists like Mirah, Little Wings, The Blow and more.

Phil is mostly known for his works in bands like The Microphones and Mount Eerie. The Microphone is an American rock band founded in 1996. Phil was the main songwriter and producer of this band.

But in the year 2003, this band was dissolved. However, in 2007, there was a short reunion of this band’s members.

After the end of The Microphone, Phil started another band Mount Eerie in 2003. In it, Phil is the main writer and producer. The albums released by this band are,

Phil also founded a label P. W. Elverum & Sun, Ltd. He also has a website. In it, one can find about the band’s concert, conferences, and other stuff related to music.

Phil is associated with other bands such as D+ and Old Time Relijun. He has also composed the music for movies like Archie’s Final Project (2009), Faux (2010) and These Ways I Transgress (2018).

The estimated net worth of Phil is $5 million US.

As an America musician, he receives an average salary of $13K-$82K US.

Phil has brown eyes and hair color. He has a height of 5 feet 9 inches and a weight of 79kg.