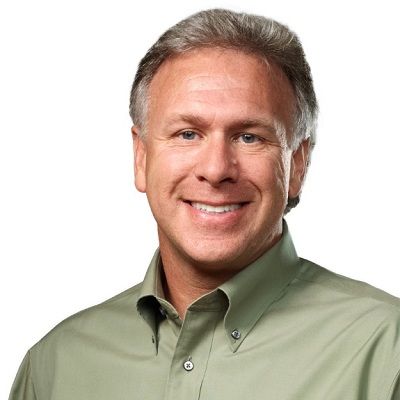 There's a little bit of pain in every transition, but we can't let that stop us from making it. If we did, we'd never make any progress at all

Android is often given as a free replacement for a feature phone, and the experience isn't as good as an iPhone

It's always been about making the best Mac we know-how. Among the many benefits are making it easy to use and affordable, with great features.

Phil was married to Kim Gassett-Schiller. They are married for years but ther married date is not revealed yet. Kim met her hubby while attending Boston College. They together had a sons named Erik and Mark Schiller. According to the per source, Mark, graduated from Bowdoin earlier in 2017.

Who is Phil Schiller?

Philip W. “Phil” Schiller is Senior Vice President of Worldwide Marketing at Apple Inc. Schiller has an outstanding figure in Apple’s famed presentations. Furthermore, he has been a member of the company’s executive team since Steve Jobs returned to Apple in 1997.

Phil is 59 years old. He was born on June 8, 1960, in Natick, MA. He belongs to American nationality. There is no information about his family, siblings, and ethnicity.

In 1982, he graduated from Boston College with a B.S. in biology.

Besides his role at Apple, Schiller has held a variety of positions including VP of Product Marketing at Macromedia of San Francisco, CA; Director of Product Marketing at FirePower Systems, Inc. of Menlo Park, CA; IT Manager at Nolan, Norton & Co. of Lexington, MA; and Programmer and Systems Analyst at Massachusetts General Hospital in Boston, MA.

She worked on the formation and marketing of iMac, MacBook, MacBook Pro, iPod, macOS, and subsequent products at Apple. For the original iPod’s click wheel interface, Schiller is credited with coming up with the idea. She frequently played a supporting role in keynotes given by Steve Jobs, usually presenting new products like iPhones and iPads.

On January 6, 2009, While Jobs was on medical leave Schiller gave several keynotes including Apple’s last appearance at Macworld/iWorld. The WWDC keynote on June 8, 2009 presentations were typically done by Jobs himself. Among the things announced at these events were the updated MacBook Pro lines, the iPhone 3GS, and new versions of iLife and iWork as well as pricing and DRM changes to the iTunes Store.

Though he is an outstanding marketer, there is no information that he has received many awards and nominations.

Phill has Light brown hair color and brown eye color. Currently, we don’t have more information about his body measurements.