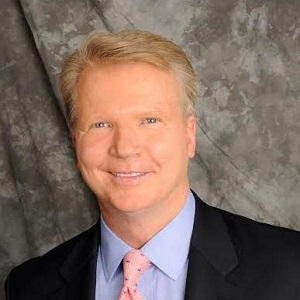 The Denver Broncos are all child molesters

Of course it looks bad when you're not executing. When things go bad, it's not going to look good

Remember, for it to be a forward pass, it's got to go forward.

Phil is a married man as of now. He is married to Diana. They have three children together. They are Chris, Matthew, and Deirdre. There is no information regarding date of his marriage and the place of the marriage ceremony.

As of now, they are living happily without any sign of divorce or separation.

Who is Phil Simms?

Kentucky-born Phil Simms is a retired professional ‘American football’ player. He is popularly famous for his incredible performance in the field. As of now, Phil is popular as a TV sportscaster for the CBS network.

Presently, he is a prominent figure among the fans playing for the New York Giants of the National Football League. He played for them for 14 years. He played at the quarterback position.

Phil was born in Springfield in the state of Kentucky on November 3, 1954. He possesses American nationality and ethnicity is North American.

His birth name is Phillip Martin Simms. His mother’s name is Barbara Simms and father’s name is William L. Simms. He was born on his grandfather’s farm. There is no information on his siblings.

Phil Simms studied in a Catholic grade school in his early days. Football intrigued him from an early age. He grew up with a passion for American football. Later, this influenced his career to be a professional football player.

As per his education, he attended St. Dominic’s Elementary. Later he joined Southern High School for his further education. Afterward, he enrolled at Morehead State University to complete his college-level studies.

Phil started his football career in his high school days. During his senior year at Morehead State University, he completed 92 of 173 passes. Additionally, he had six touchdown passes, 11 interceptions, and completed 1,229 yards. He kept on working hard and improving in every game. Consequently, his hard work paid off, and New York Giants’ signed him. Although Giants’ fans booed him during his drafting, they loved him later on. His outstanding performance as a starter earned him a place in the “NFL All-Rookie Team”. From 1981 to 1984, he faced several injuries which restricted him to play. Those injuries were separated shoulders, torn knee ligaments, and others.

Despite some couple of bad seasons, he had an incredible 14-year career at New York Giants. During his entire career, he completed 33462 yards in 164 games. Additionally, he completed 2576 passed with 199 touchdowns and 157 interceptions. Simms got inducted into the Kentucky “Pro Football Hall of Fame” in 2011. During his career, he won  Super Bowl XXI and XXV. And he also won Most Valuable Player in Super Bowl XXI.

Currently, he works as a Sportscaster for the CBS network. Also, he has been featured in several movies and TV shows.

He earns a pretty good amount of salary and has a net worth of $16 million.

Phil Simms is no news to the media’s title-tattle. Being a famous athlete, he was prone to rumors and controversies time and again. Additionally, media attacking and condemning him for one bad game was nothing new. Presently, there are no rumors that surround his personal and professional life.

Moving towards his body measurements, he has a good height of 6 feet 3 inches with a bodyweight of 98kg. He has blonde hair color and his eye color is blue.