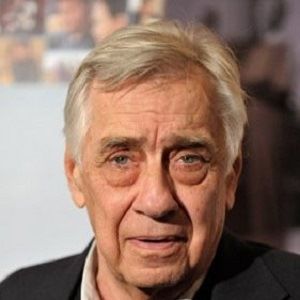 Who is Philip Baker Hall?

Philip Baker Hall was born in Toledo, Ohio, the United States on September 10, 1931, age (87). He is the son of William Hall (father) and Birdene McDonald (mother). His father served in the military and became a high school English teacher. Whereas, his mother was a factory worker who was from Montgomery, Alabama.

There is no information about his siblings. Whereas, he belongs to American nationality and mixed (Engish- German). His birth sign is Virgo.

On talking about his education, he attended The University of Toledo.

On talking about his profession, he made his film debut in the drama Love-In 72 (1970) – also known as Cowards – as a priest named Father Reis. During 1975, he also began acting on television and joined the Los Angeles Theatre Center. Whereas, his first television appearance came in an episode of the sitcom Good Times in 1976. On the following year, he guest starred in episodes of M*A*S*H and Man from Atlantis.

In addition, he also had a minor role as Captain Diel in the Rush Hour trilogy (though his scenes were cut from the theatrical release of Rush Hour 2 and he was also uncredited for his scenes in Rush Hour 3).

Additionally, he has had also roles in Midnight Run, Say Anything…, as well as in The Rock, The Truman Show, The Talented Mr. Ripley, Bruce Almighty, You Kill Me, In Good Company, Ghostbusters II, The Insider, Dogville, The Amityville Horror, The Matador, The Sum of All Fears, The Zodiac and Zodiac.

There is no information regarding his income, salary. Whereas, his net worth is estimated to be around $ 750 thousand.

On talking about his body measurements, Hugo has a height of 5 feet 6 inches. Additionally, he weighs is unknown. Philip’s hair color is white and his eye color is blue.

Also, read the affair, salary, the net worth, controversy, and the bio of  Chris Santos, Ari Shaffir, Jerry Stiller