Philip may be engaged with anyone in a romantic way or might be hiding his love life from the media. However, his relationship status is unknown, and is said single as of now.

Previously, he dated actress Aleisha Allen in September 2006. However, their relationship could not last long and they broke up in August 2007. 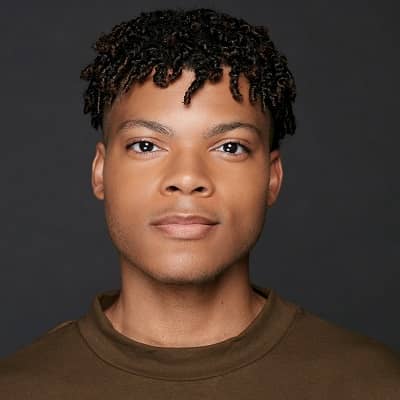 Who is Philip Daniel Bolden?

Philip Daniel Bolden is a former American child actor. He has played in various movies like Fly Me to the Moon 3D, Are we there yet?, Johnson Family Vacation, and many others.

The actor took a leap for a decade and is just cast for the 2021 AMC show, Millennials.

Philip was born on March 19, 1995, in New Orleans, Louisiana, USA. He belongs to the African-American ethnic race.

Philip was interested in acting from his childhood. And with such supportive parents, he was able to pursue his dream from a young age.

Philip has his schooling from his hometown. He received training at the British American Drama Academy (BADA) at Oxford, England.

Moreover, he completed his BA (Hons) in Professional Acting from the London Academy of Music and Dramatic Art (LAMDA).

Philip began his acting career when he was just 4 yrs old in 1999. He debuted playing Kirby Palmer in an American sitcom The King of Queens.

The same year, he appeared as Roland in the American superhero comedy film Mystery Men.

No sooner the actor made his appearance in TV series like The Bernie Mac Show, Malcolm in the Middle and My Wife, and Kids. Talking about the movies, he has played roles in movies like Are We Done Yet, How to Eat Fried Worms and Johnson Family Vacation.

In 2001, Philip portray the lead role in Macy Gray’s music video Sweet Baby. He has also appeared in a commercial for McDonald’s along with the NBA player Kobe Bryant.

In 2008, he receive the opportunity to work alongside Kelly Ripa in the movie Fly Me to the Moon 3D.

After that, he took a decade-long hiatus from his acting. He came book playing as Jed Crossland in The Dead Girls Detective Agency in 2018 and as Harris in iZombie in 2019.

He has recently been cast as the main cast member in the 2021 AMC show, Millennials as Travis Lewis.

The actor has a net worth of around $5 million. Likewise, his earning is between $20K to $52K annually.

Living his life away from the public eye, the actor hasn’t been part of any such rumors or controversial news in the media.

He has black-colored hair and the same color eyes.

You may also read the bio of Matt Cornett, Nathan Arenas, and Roman Griffin Davis.