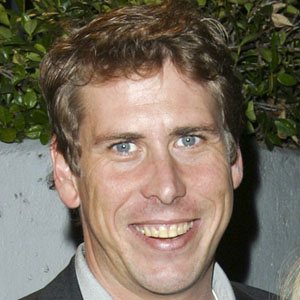 Philip McKeon was single at the time of his death.

The information about his relationship and affair was kept out of public media.

Who was Philip McKeon?

Philip McKeon was an American actor. Philip was best known for his role as Tommy Hyatt, the son of the title character on the sitcom ‘Alice’ from 1976 to 1985.

Philip McKeon: Cause of Death

Philip McKeon died on 10th December 2019, at the age of 55 due to terminal illness which he was battling for a very long time. The name of his illness is undisclosed to the media.

He was found dead in Texas.

He was born on November 11, 1964, in Westbury, New York to Donald McKeon and Barbara McKeon. He has a younger sister named Nancy McKeon. His sister Nancy is an actress and he was very close to her.

He attended St. John Paul II STEM Academy. It is a Private school in Burbank, California.

At the age of 2, he along with his sister was taken to a nearby modeling audition and he started his career as a child model appearing in magazines, newspapers, and television commercials since the age of 4.

He landed numerous modeling stints and performed on stage and in films. Linda Lavin, who played Alice, saw Philip at a Broadway performance and recommended him for the part of Tommy as he was bright and talented.

He was nominated for Young Artist Awards in the category Best Young Actor in a Television Series in ‘Alice’ in 1982 and in 1981.

His net worth was estimated to be around $2 million as per 2019 reports.

There is a rumor about his sexual orientation as he lives in a long residence on the singlehood avenue. But, it has not been proved.

He was 6 ft. 3 inches with blue eyes and brown hair.