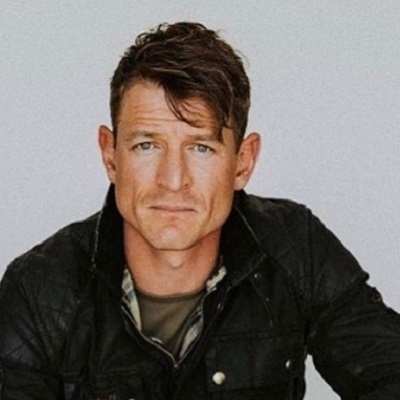 Philip Winchester is happily married to Megan Coughlin. He and his wife, Megan happens to be the High School sweetheart. They married in December 2008.

Together, the couple is blessed with two children including a daughter, Charlie Winchester (b. 2015).

Who is Philip Winchester?

American Philip Winchester is an Award of Excellence-winning actor. Winchester is renowned as Wiliam Jensen of Flyboys and Henery Telford of Solomon Kane.

Last, in 2020, he featured the short movie, 38 Minute as John Taverner. For the character, he received the Award of Excellence.

Philip Winchester was born on 24th March 1981 in Belgrade, Montana. He is of British ethnicity.

He is the son of Barbara Winchester and Jay Winchester. His mother, Barbara is British whereas his father, Jay is an American. He has a brother, Ian Winchester.

Moving to his academics, he completed his High School education at the Belgrade High School in Belgrade, Montana in 1999. After that, he joined the London Academy of Music and Dramatic Art.

Following that, he made his appearance in the movies including The Hi-Line, LD 50 Lethal Dose, Flyboys, and Solomon Kane. However, he earned a reputation after featuring in the TV movie, King Lear as Edmund. In the movie, he shared the screen with the legendary actor, Ian McKellen.

Apart from the movie, he has also made a significant impact on the TV industry. Some of his TV’s series along with the year and the character are-

He has green eyes with brunette hair. He stands at a height of 6 feet and 1 inch and weighs around 84 kg.

Talking about his appearance, he has a charming and charismatic persona with a square-shaped facial structure. Also, he prefers to be clean-shaved.

To date, he has not been part of controversy and scandals that created a headline in the media. Besides that, he has managed to maintain distance from any sort of rumors.

However, he has been in the headlines of media back in 2019 when he left the Law & Order: Special Victims Unit. At the time, he was portraying the character of Peter Stone. He starred in the series since the year 2016.

You may also read the bio, age, parents, ethnicity, career, net worth, and social media of Callan Potter, John Finn, and Glenda Bautista.