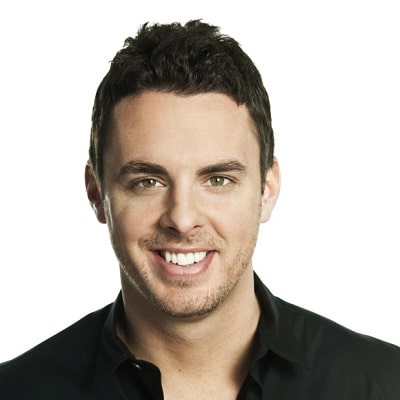 Philippe Bond is currently in a relationship.  He is dating longtime girlfriend Stephanie Couillard. They became an official couple to the public when they appeared together in 2017 at the red carpet of Gala Les Olivier. The pair started dating in September 2016.

In an interview, he revealed that he will never share the pictures of his wedding or holidays in the social media as he does not want prying eyes and wants to maintain his privacy.

Who is Philippe Bond?

Philippe Bond is a Canadian actor, comedian, and a storyteller who is best known for his comical performance in ‘Just for Laughs: Gags’.

He was born on June 28, 1979, in Laval, Canada. Philippe has not disclosed much about his parents and siblings. He wanted to become a professional hockey player during his childhood. But later in life, he chose to become a comedian.

Bond holds American citizenship but his ethnicity is unknown.

He graduated from the school of humor, École Nationale de l’humour in 2002.

He began his career as a radio host and still co-hosts the morning radio program C’t’ encore drôle, on the radio station NRJ. He was a well-known comedian by 2006. In addition, he is a radio host at NRJ and television host to V and TVA.

Likewise, his show Philippe Bond 2 was presented at Théâtre St-Denis in Montreal until October 25th.

He was voted the title comedian of the year at the Gala des Olivier in 2012.

He must have accumulated a huge sum of money from his different career however, he has not disclosed his exact net worth, salary, and income.

Bond does not like to harm other persons and has been successful in maintaining his celebrity status without being involved in any rumors and controversies.

Philippe Bond has green eyes and dark brown hair. But, other information regarding his height, weight, shoe size, dress size, etc. are unknown.