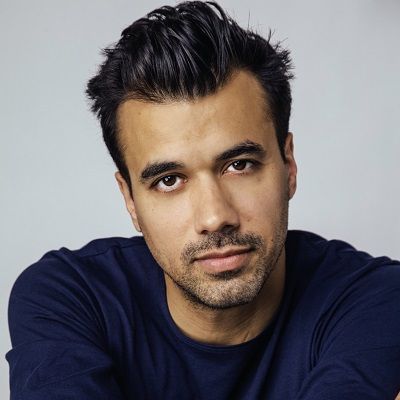 He likes to spend his time with his friends. He has a keen interest in music. Phillip has a shelf full of the recording tapes.

Who is Phillip Rhys?

British Phillip Rhys is an award-winning actor, director, and producer. Phillip is renown as Aalim Sadiq of the TV series, Survivors.

Last, he appeared on the TV series, Tell Me a Story as Damien Hewett.

Next, he will be appearing on the TV series, The Hypnotist’s Love Story as Mickey.

Phillip Rhys was born on the 14th of June 1974 in Upper Norwood, South London. He is of British-Irish ancestry.

He is the second son among his two siblings.

Later, he joined the Lee Strasberg Institute in New York and pursued acting with the actress, Marianna Hill. He also attended the Beverly Hills Playhouse in Los Angeles with the actor like Jeffrey Tambor and Milton Katselas.

Rhys as an Actor

In 1997, he started his career as an actor with the TV series, USA High as Prince Nicholas for the single episode, The Ex-Boyfriend. In the same year, he debuted in the movie, 1997- The Others as Austin Cole.

In the following year, he cast in the TV series Mowgli: The New Adventures of the Jungle Book as Kanwal. Some of his TV series with the year and character name are-

The actor is famous for his movies which include 1999- Zenon: Girl of the 21st Century, 2005- Fathers and Sons and Fertile Ground.

As a producer and director, he was associated with the short movie including 2001- The Rocky and 2015- The Scarecrow. He was also the writer for the movie, Scarecrow.

-In the same year, he was nominated for TV series, 24 by Screen Actors Guild Awards as an actor and also nominated for the Jury Award by Tribeca Film Festival.

He has dark eyes with black hair. His height is 6 feet and 1 inch.