Phillipa has been in a marital relationship with a famous English actor, Jude Law for a very long time. They met for the first time in February 2015 with the help of a mutual friend. They were spotted together at the Hay Festival, a literary festival in Wales, UK, in 2015. Since then they have been together till today.

After dating for four years, the lovebirds officially tied the lifelong knot on April 30, 2019. They had a simple wedding in the presence of close friends and family. It was held at the Old Marylebone Town Hall in London. Phillipa was gorgeous carrying a bouquet of flowers in an off-white ruffled short dress. Likewise, the handsome groom wore a corduroy navy blazer, matching pants, and a navy fedora hat.

She has been a perfect partner for Jude whenever he needs her, she was there with him whether to relocate to different places. Talking about their children, they were blessed with Phillipa’s first child in September 2020. 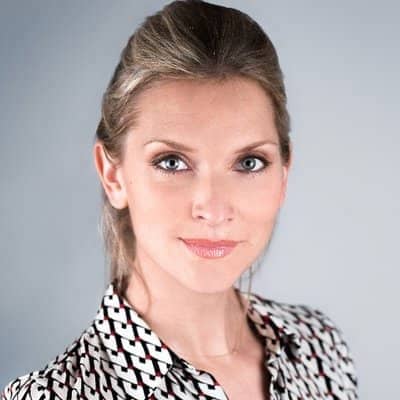 Who is Phillipa Coan?

Phillipa Coan is a British successful Business Psychologist who is the owner of the consultancy company ‘STRIDE’. Additionally, she marked her talent in the world of business and brace the race for various well-known business consultants.

Furthermore, she is known as the second wife of a famous English actor, Jude Law.

The celebrity wife has successfully avoided media attention. Therefore, there is not much information regarding her parents, relatives, and early life. However, she has a sister whose name is not disclosed yet.

She is of British nationality and Caucasian ethnicity.

Phillipa completed her General Certificate of Secondary Education (GCSE) and A levels, she attended the University of Birmingham for her Bachelor’s degree in Psychology in 2004 and graduated with first-class from Birmingham in 2007. She then joined the University of London from 2007 to 2008 and completed her Master’s degree in organizational psychology with distinction.

In the year 2010, she attended the University of Leeds and pursued her doctorate program in organizational psychology and behavior change. It took her four years to complete her Ph.D. As per her academic achievements, she received a practitioner diploma in executive coaching and certification in systemic team coaching from the Academy of Executive Coaching in 2018.

Phillipa Coan started her career after her collegiate days finished. She began by working as a visiting lecturer at the University of Birmingham. Later she added weight to her resume by working at the institute of occupational and environmental medicine department from April 2009 to December 2010.

She served as an associate consultant psychologist in Work Psychology Group Limited. From January 2012, she established herself as a business psychologist and worked for various renowned public organizations like NHS and private organizations like RBS and PwC. In 2015, she opened her own consultancy company ‘STRIDE’ and later in 2019, she expanded it with ‘Stride Coaching’.

She is a chartered member of the British Psychological Society’s Division of Occupational Psychology. Now, she is with her partner Jude in several businesses around the world.

Coan is the recipient of the First Prize in the 2015 Student Prizes for Excellence which was awarded by the British Psychological Society’s Division of Occupational Psychology (DOP).

Coan has not officially revealed her net worth to the public yet. Seeing her reach, we can assume her value in the millions. Likewise, her husband Jude Law has an estimated net worth of $45 million.

She has spent her life away from the limelight. Therefore, she has not made any headlines for controversies.

Seger stands 5 feet and 10 inches tall and weighs around 62 kg. Furthermore, she has beautiful blue eyes and blonde hair. Her body measures around 35-25-35 inches respectively.