Philza is happily married to Kristen aka @trixtin(On IG). The couple got married on the 11th of March 2020.

As of now, the couple is leading a happy married life with each other. 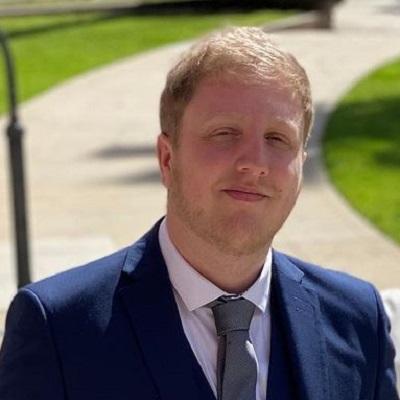 British Philza (aka. Ph1LzA) is a full-time Twitch Streamer, Youtuber, and Gaming Video Creator. He is renowned for Minecraft streaming on Twitch.

Also, he is popular for his YouTube Minecraft Gaming videos that went viral on the web.

Philza was born on 1st March 1988 in England. His birth name is Philza Watson. He is of Scottish-British ethnicity.

To date, he has not shared any details on his family background including his father and mother.

During his YouTube videos, he has often mentioned his mom. However, the YouTuber has never mentioned his dad. Due to this reason, his fans and followers often think that if his parents are separated? He has a sister, Aimee.

He created his gaming YouTube, Ph1LzA that he created on 14th September 2006. However, he started uploading on the channel on 9th December 2006 where he showcases his skills as a gamer. The initial videos were edited in Sony Vegas 6.0.

Following that, he uploaded various gaming videos of various games. However, such videos couldn’t receive many views. Eventually, he started uploading Minecraft videos in February 2012. Such videos increased the number of views on the platform. However, some of his videos were not impressive enough that gripped the attention of his fans and followers.

Till 2017, many of his YouTube videos were also not able to earn more than 1k views. Despite that, the YouTuber never gave up on his career as a YouTuber. However, he got quite demotivated. In the year 2018, he has uploaded only four videos on the channel. Meanwhile, he was increasing his fans and followers on Twitch via steaming.

Currently, his YouTube channel has 990k subscribers with more than 124 million views. On 12th September 2020, he joined the YouTube group, Sleepyboisinc along with fellow YouTubers like Wilbur Soot and Technoblade.

As a steamer of Twitch, he makes in the range of $45,477 on average. Besides that, he also makes it through his merch and merchandise.

He has brown eyes with auburn hair. His height is 5 feet and 11 inches and has a decent weight.

As of now, he has not been part of any sort of controversy and scandals that created a buzz in the media. Also, he has managed to maintain distance from any type of rumors.