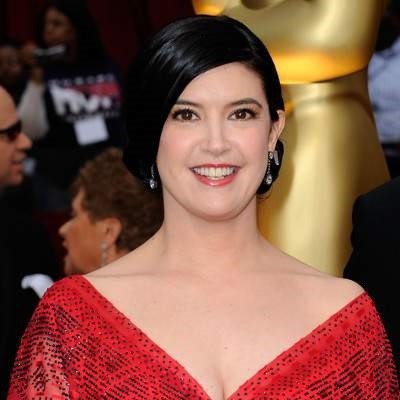 Kids today are much more independent than their parents were. We're really into getting jobs and we mature sexually much earlier than a generation ago. Or, at least, we are involved in sex earlier.

"I was only 17 when I did my nude scenes in Paradise (1982). They were serious and more difficult because they were not easily justified. But the topless scene in Fast Times at Ridgemont High (1982) was funny, which made it easy".

Phoebe Cates is happily married to Kevin Kline. Her husband, Kevin is an actor and director by profession.

Her son, Owen is an actor by profession whereas daughter, Frankie is a musician.

Who is Phoebe Cates?

American Phoebe Cates is a former actress, model, and entrepreneur. She is renowned as Kate Beringer of Gremlins and Linda Barrett of Fast Time at Ridgemont High.

She is the owner of the Manhattan boutique called Blue Tree on Madison Avenue.

Cates was born on the 16th of July 1963. Her birth name is Phoebe Belle Cates and her birthplace is New York City, the United States.

Her father, Joseph Cates was a Broadway producer and TV personality. He passed away on the 10th of October 1988 at the age of 64. Her father and mother, Lily Valentine got married in 1962. After 11 years of marriage, they parted their ways each via divorce.

She has three siblings including two sisters; Valerie Cates and Alexandra Cates and a brother, Phillip Cates. They are of Mixed (British, Irish, Chinese, Filipino, Russian, and Jewish) ethnicity. As their maternal grandmother was of Russian-Jewish ancestry. Whereas her maternal grandfather was from Chinese-Filipino descent.

Talking about her educational background, she joined Hewitt School. Later, she attended Juilliard School in New York City. Also, she got enrolled in the School of American Ballet.

However, she quit from the School after she received an injury at the age of 15 years old.

At the age of ten, Phoebe Cates stepped into the modeling world. At the time, she used to feature the teen-oriented magazines including Seventeen. Later, she tried to expand her career to the dancing sector. Eventually, she explored her career as an actor.

In 1982, she made her debut with the movie, Paradise as Sarah. In the movie, she performed serval nudes science. At the time, she was still a minor. The same year, she featured the movie, Fast Times at Ridgemont High as Linda Barrett based in a similar plot as Paradise.

Moving forward, she featured several movies. Some of them along with the year and character name is-

Last, in 2001, she appeared in the movie, The Anniversary Party as Sophia Gold. The movie happens to be her last movie in her acting career.

Quitting her acting career, she opened a Manhattan boutique called Blue Tree on Madison Avenue in 2005. Last, in 2015, she contributed her voice to the character, Kate Beringer in the voice games, Lego Dimensions. Currently, she is continuing her career as an entrepreneur.

As of 2020, she has an estimated net worth of $35 million. As an actress, her earnings were in the range of $21 to $215k. Besides that, she also makes through her business venture, Blue Tree.

Phoebe Cates has brown eyes with brunette hair. She stands at a height of 5 feet 7 inches and weighs around 59 kg.

Till the date, she is not involved in any sort of controversy and scandals that created a buzz in the media. Besides that, she has managed to maintain a distance from any type of rumors too.

You may also read the bio of Alice Evans, Scottie Thompson, and Kim Caramele.