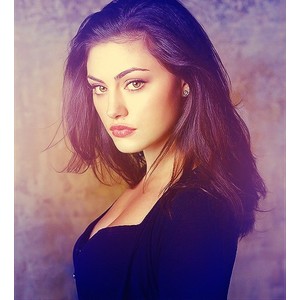 Talking about Phoebe’s relationship status, she has been in the relationship with co-star and actor Paul Wesley since the year 2013.

Phoebe doesn’t open about her personal life in public so there are no any pieces of information related to their relationship and also there is no information about their engagement, breakup or marriage too.

So, Currently, Phoebe Tonkin is in the relationship with Paul Wesley.

Who is Phoebe Tonkin?

is an Australian Actress and Model. She is best known for portraying Cleo Sertori in H2o: Just Add Water, Fiona in Tomorrow, When the War Began, Faye Chamberlain in The Secret Circle, and Haley Marshall- Kenner in The CW TV series The Vampire Diaries and its spin-off series The Originals.

Phoebe Jane Elizabeth Tokin was born on July 12, 1989, in Sydney Australia. Her nationality is American and ethnicity is English.

Her birth name is Phoebe Jane Elizabeth Tonkin. Tonkin was born to her father “Nicholas Tonkin and mother “Jennifer Tonkin”. She also has a younger sibling, a sister named “Abby Tonkin”.

It was her parents who encourage and motivated her to attend the ballet, contemporary, tap, and hip-hop dance courses. At the age of 12, she enrolled at the Australian for Young People.

When she was four, she attended courses in Classical Ballet, hip-hop, Contemporary Dance, and Tap Dance. At the age of 12, Tonkin began courses at the Australian Theatre for Young People (ATYP) at the Wharf Theatre.

Phoebe Tonkin acting career began when she was cast in the role of Cleo in ‘H2o: Just Add Water’, an Australian Children’s TV series that ran from 2006 to 2010. During this period she also appeared in a recurring role in the Television series ‘Packed to the Rafters’ as Lexi.

Phoebe role in “H20: Just Add Water “ made her quite popular in the National Television Industry and also earned her some international acclaim. Following her successful stint in the series, she started receiving movie offers as well. In 2010, she made an appearance in an action film called ‘Tommorow, when the War began’ which was about the lives of a group of teenagers waging a guerrilla war against invading foreign powers.

She played the role of a rich girl Fiona Maxwell in the film. In the year 2011, Phoebe was cast in a CW series called ‘The Secret Circle’ which was about a group of witches belonging to a secret coven. The show premiered on 15 September 2011 to over 3.5 million viewers. She played the role of Faye Chamberlain in the series. Her performance was much appreciated and the critics referred to her as the breakout star of the series.

Taking forward her film career, she appeared in a minor role in the horror disaster film ‘Bait 3D’ in 2012 which also had Xavier Samuel, Julian McMahon, and Cariba Heine in its star cast. It was a moderate hit.

Phoebe landed the role of Haley Marshall in the supernatural drama television series “The Vampire Diaries” In 2012. Hers was a recurring role and she appeared in eight episodes of the series. The series was a huge hit and led to a spin-off series, ‘The Originals’ in which Phoebe reprised her role; it premiered on 3rd October 2013 to 2.21 million viewers. In 2015, she appeared as Nicole Clark in an episode of the crime drama television series ‘Stalker’ which was about the victims of stalking and the detectives of the LAPD’S Threat Assessment Unit who investigate the crimes.

Then In 2016, Phoebe Tonkin played the role of Amy Tilton in the thriller film ‘Billionaire Ranson’ which was directed by Jim Gillespie and written by Alexander Ignon. Along with her, it also featured actors like Dominic Sherwood, Mark Bonnar, and Sebastian Koch.

In addition to being an actress, she is also a popular fashion icon and has done several modeling assignments. She has appeared in a number of advertisements, including one for Vauxhall Motors. She has also been in photo-shoots for many renowned fashion publications such as ‘ELLE Australia’, ‘Miss Vogue Australia’, ‘Vogue Australia’, ‘Dolly’ and ‘Free People’.

Phoebe Tonkin impressed the audience with her character Hayley Marshall in the CW series ‘The Vampire Diaries’ (2012-13). The supernatural drama series became one of the watched shows on the channel and also won several awards and accolades. The success of the series led to its spin-off, ‘The Originals’ in which Phoebe reprised her role.

Phoebe Tonkin’s Awards & Achievements, She received the nomination for the Best Lead Actress in a TV Series for her role in ‘H2O: Just Add Water’ at the famous Australian Film Institute Awards in 2008. And in 2011, Phoebe was named one of the breakout TV stars by the popular entertainment ‘E! Online’, and was featured on Variety’s list of ‘New Faces to Watch’. She also appeared in a music video “Don’t Let Go” by Miles Fisher.

Phoebe Tonkin: Salary and Net Worth

As a celebrity, fans want to everything about their star as their personal matters well and sometimes it crosses the line. Phoebe Tonkin has been also been a victim of such rumors. There was a rumor of her and her boyfriend separation and it has never been confirmed yet.

Phoebe Tonkin is a fitness enthusiast. She has a height of 5 feet 10 inches and weighs 56 kg. Her body measurement is 34-24-34 inches and wears a bra size of 34B. She wears a shoe size of 8(US) and her dress size is 4(US). Her hair color is dark brown and her eye color is hazel.