Phoebe Torrance is an English model, actress, and director. She is currenlty in a relationship.

Phoebe Torrance is presently in a relationship with a guy named Sam Beecham. However, she keeps a quite low-key profile about her current boyfriend.

In 2019, she has been in a relationship with renowned model and photographer, Brooklyn Beckham. Brooklyn is one of the children of former soccer player David Beckham and fashionista Victoria Beckham.

As of now, Brookly is engaged with actress Nicola Peltz. 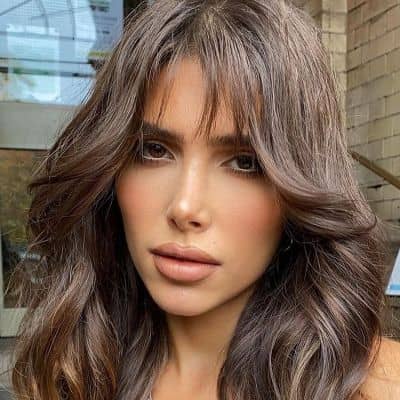 Who is Phoebe Torrance?

Phoebe Torrance is an English model, actress, and director. She gained popularity for her role as Amber Ross in Mandy the Doll as well as Andrea the mermaid in Six Rounds.

Torrance is also better recognized as the former girlfriend of Brooklyn Beckham.

She is the daughter of Sam Torrance (father) and Suzanne Danielle (mother). Her father is a professional golfer and sports commentator whereas her mother is an actress by profession.

She has two siblings named Daniel Torrance and Anouska Torrance. Her academic background is under the curtains at the moment.

Further, she holds British citizenship and is of Caucasian ethnicity.

In 2012, Phoebe made her acting debut in a short film, You Love Me. Prior to that, she earlier landed in the modeling field and has worked as Victoria Beckham’s lookalike.

In 2018, Torrance made her directional debut through the short film, Grounds.

Besides, she has written an article for The Book of Man where she shared her own mental health experience.

Phoebe stays quite away from the limelight of the media. She hasn’t yet been part of any sorts of rumors and scandals matter that create headlines in the media.

Phoebe  has an estimated net worth of $5 million as per 2022’s data. However, she might have earned an impressive amount of wealth from her career.

Phoebe has a slim body physique with an impressive height. However, the precise measurement of her height and weight aren’t available in the media.