Posted by MarriedBiography Last Modified April 11, 2021 | In Death
Share this 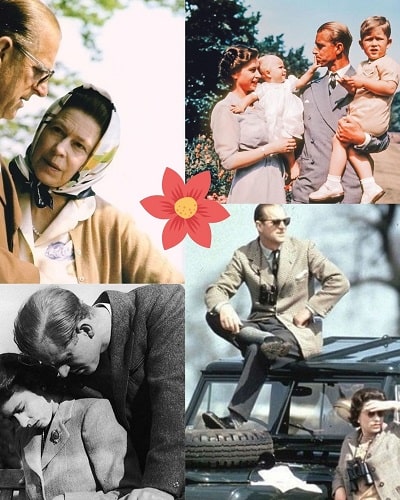 Prince Philip, Duke of Edinburgh born as a member of the British royal family expired on 9th April 2021 at the age of 99 just two months before his 100th birthday. Philip was the longest-serving royal consort in British history. Likewise, Queen Elizabeth II became a widow and is grieving the death of her dear husband.

The royal family has not yet disclosed the reason for his death which might be old age as he was hospitalized several times in recent years but he died peacefully. Similarly, the royal family launched an online book of condolence asking the members of the public to make a donation to charity instead of leaving floral tributes in the memory of the Duke of Edinburg.

Also read Prince Philip, husband of Queen Elizabeth II, is hospitalized in a London hospital as a precaution for a pre-existing health condition!

“In loving memory of His Royal Highness The Duke of Edinburgh, 1921-2021. Thank you for your service … you will be greatly missed.”

As per the news released, his funeral service will be held in Canterbury Cathedral led by Archbishop of Canterbury, Justin Welby. Likewise, the period of national mourning is set to be over by 17th April. The funeral rights can be attended by only 30 people due to the Covid-19. Also, Prime Minister Boris Johnson would not attend the funeral to allow other members of the family.

2) Romance back in the days:

7) The gentleman and his lady:

Also read The alleged affairs of Prince Philip with Pat Kirkwood and other women! Did he cheat his wife Queen Elizabeth II?