Phyllis Logan is a BAFTA Award winning actress. Phyllis is married and a mother of one.

Phyllis Logan married actor Kevin McNally on August 15, 2011. Till now she has not faced any real problem in her marriage relationship so far.

Together the couple is blessed with a son namely, David McNally.

She seems to be very happy with her husband and neither of them has ever involved themselves in an extramarital affair. 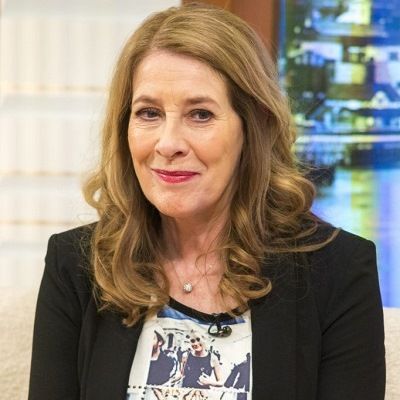 I worry about the world.

When somebody's calling you 'Mommy,' it's a wonderful thing. But also to have that responsibility and to know that you and your partner have this little thing that's totally relying on you - and it made me, I suppose, less selfish. Not that I was mega-selfish to start with, but it's lovely having that responsibility. It's scary.

When I go out, I love to put on mascara and lipstick, but I simply don't have time for leisurely facials and treatments. Going to the beauticians is not a priority for me, as when I'm off work, there is always so much catching up in the house to do.

Because I came from a small town outside Glasgow, nobody from my school had ever gone into the acting profession. It was just something you didn't do. You joined the bank or became a teacher or whatever you did.

Who is Phyllis Logan?

Phyllis Logan is a Scottish actress, who is well known for playing Lady Jane Felsham in Lovejoy (1986–93) and Mrs. Hughes (later Carson) in Downton Abbey (2010–15).

Likely, she won the BAFTA Award for Most Promising Newcomer for the 1983 film Another Time, Another Place. Her other film appearances include Secrets & Lies (1996) and Shooting Fish (1997).

Phyllis Logan was born in Paisley, Renfrewshire, Scotland on January 11, 1956. She is originally from Glasgow.

There is no information about her siblings. Phyllis holds Scottish-British citizenship, but her ethnicity is unknown. Her birth sign is Capricorn.

Talking about Phyllis’s education history, she completed her graduation with prestigious with the James Bridie Gold Medal from the Royal Scottish Academy of Music and Drama.

Talking about her profession, Phyllis Logan also worked regularly on Scottish television. Whereas, on the BBC Scotland production, The White Bird Passes, she first met writer-director, Michael Radford. Additionally, for his first feature film, Another Time, Another Place (1983), the cast also Logan in the leading role of Janie.

In fact, her success in Downton Abbey, where she played the housekeeper, Mrs. Hughes, Logan was most identified with the role of Lady Jane Felsham, co-starring with Ian McShane for 8 years in almost nearly 50 episodes of Lovejoy, a comedy-drama for television.

Similarly, she has also had a part in the 1996 Mike Leigh film Secrets & Lies. Eventually, Phyllis Logan also provided the broadcast voice of Ingsoc in a film version of Nineteen Eighty-Four (1984) and the Loch Ness Monster in the cartoon Freddie as F.R.O.7 (1992). Basically, she was in the radio series Coming Alive and Baggage.

Moreover, she also played Inspector Frost’s love interest and eventual wife in If Dogs Run Free, the last story in the A Touch of Frost series. Therefore, she played Andinio in “The Battle of Ranskoor Av Kolos”, the tenth episode in the eleventh series of Doctor Who.

She won Most Outstanding Newcomer to Film for Another Time, Another Place (1983) at BAFTA Film Award, Evening Standard British Film Award in 1984, she won Outstanding Performance by an Ensemble in a Drama Series for Downton Abbey (2010) at Screen Actors Guild Awards in 2013, 2014, 2015.

She has an estimated net worth of around $5 million (as per 2020 data) and she has earned that sum of money from her professional career.

Her successful acting career has helped her in earning fame and fortune.

Phyllis Logan has a height of 5 feet 5 inches and 56Kg and her bra size is 34B. Her hair color is black and her eyes color is brown.