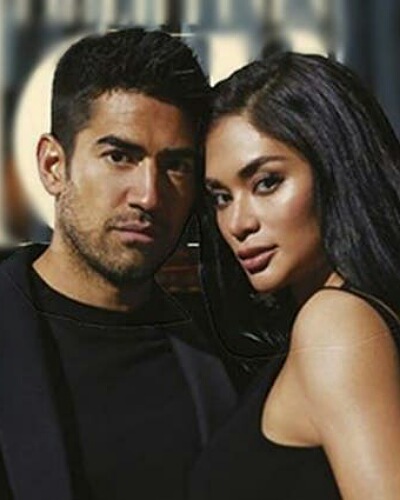 The couple, Pia Wurtzbach and Jeremy Jauncey gave an exclusive interview to Tatler Philippines where they made their relationship official. It made the cover story fid the June issue of the magazine. The issue came out on 1 June 2020.

The beauty pageant titleholder Pia Wurtzbach and her businessman boyfriend, Jeremy Jauncey gave an interview exclusively to Tatler Philippines fir their June issue cover. Through this, the couple announced to the wired that they are dating.

Nigel Barker who was on the show America’s Next Top Model as a judge did the photo shoot for the new couple. Jeremy revealed the first time that they met. It was in London and he recalled how Pia just blew him away. He was mesmerized by this beauty who was Miss Universe 2015. Pia added:

“There was definitely an immediate spark. We couldn’t stop talking. I found him to be such a warm person and I like that he was always smiling,”

The start of the couple’s dating

Pia and Jeremy became good friends bit said that it took a while before they started dating. This was because Pia at that had a recent breakup and was just healing. Jeremy did not want to rush and wanted to give her space. He remembered:

“She sets the parameters and I happily accepted. It was a chance to show that I was serious about her and that I want to be a gentleman about it, which was very important to me,”

The couple however did not announce their relationship earlier because they wanted to give it some time to mature before they went public on it. Praising the Filipinos, Jeremy explained further:

“I’ve always felt a close connection to the Filipinos because they’ve always been kind to me. So to all detectives out there, thank you! We knew how much we liked each other, but we wanted to spend quality time with each other and build something strong before we made any official announcements.”

Jeremy Jauncey is the CEO of the travel agency Beautiful Destinations. He is also the travel editor for the periodical Asia’s Tatler. Additionally, he was the model of Filipino clothing brand Bench.

Also, read Paningning, the adorable puppy from Philippines who sleeps in abnormal positions!

Earlier, Pia had talked To Mega magazine in March 2020. She spoke of her relationship bit did not name Jeremy in it. She had said:

But fans were suspecting their relationship when their posts of Indonesia earlier this year looked similar. Later in an Instagram story, Jeremy had uploaded a photo of the two further raising suspicions.

Insight on the life one of the most googled model Denise Milani! Know about her age, issue with drug smuggling, children and modeling works
Tags : former beauty pageant titleholder Miss Universe 2015 Model