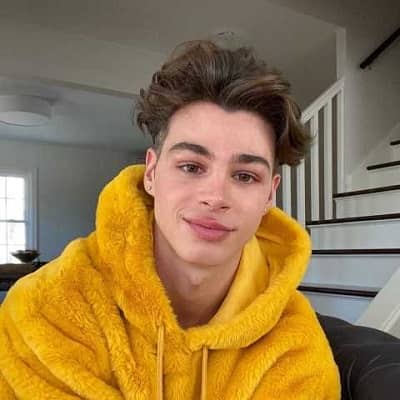 Pierre Boo is currently taken. He is dating a guy named Nicky Champa. From early 2017, they started to date each other.

His boyfriend Nick is also a social media star. Their romance can be seen on their Instagram posts.

Who is Pierre Boo?

Pierre Boo is a French social media personality. He is popular for his TikTok content where he posts amazing content.

He was born on 12 Sep 1990 in Paris, France. The name of his father is Jean-Pierre Crespeau and his mother’s name is Virginia.

His sister’s name is Marie-Sophie plus he also has two brothers. They are Arnaud and Giancarlo.

He belongs of French descent but his academic details are unknown.

Pierre Boo is an emerging web star. He joined TikTok in the summer of 2019. Since then his amazing creations are loved by the viewers.

At present, his account itspierreboo is followed by more than 8.6 million TikTok users with over 196m likes. Usually he and his boyfriend Nick are seen in his videos. His post of 15 Dec 2020 has crossed over 606m views and has got around 1.5m hearts.

Moreover, with Nick, he has a YouTube channel titled Nick and Pierre. It was created on 10 Aug 2017 and now it is subscribed by more than 156k people. Soe of their most viewed videos are Q&A with Nicky and Pierre, Ignoring my boyfriend prank, Our firsts! and more.

Regarding Pierre Boo’s body features, his height is 6 feet 1 inch and his body weight is 60 kg. Looking at his pictures, the color of his eyes is Grey and his hair is in light brown color.

He has a fit body which can be seen in his social media posts.

Pierre is available on social sites. He is on Instagram which has over 723k followers. His post of 13 Oct 2020 is loved and appreciated by his fans.