Piers Morgan is a British journalist, broadcaster, writer, and television personality. He is married and a father of four kids. 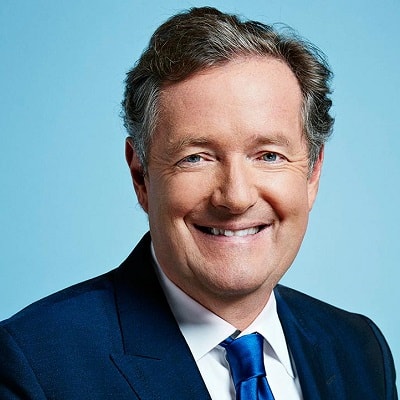 Journalism is no longer just about the print medium and in 25 years' time newspapers will have died out. You're left with a new form of journalism which will be conducted through the prism of iPads and everything else. It will always be about content - journalists will always have work, just in a different format.

I miss the adrenalin of working in a newsroom when there's a massive breaking news story such as the Arizona shootings. Now I have this show I will still be involved with news stories like that. I've come full circle.

What is the relationship of Piers Morgan?

Piers Morgan is a married person. He has been married to Celia Walden since June 24, 2010. The couple is blessed with a  child named Elise Morgan. His wife, Celia is a journalist and is a daughter of the former Conservative MP George Walden.

Previously, Piers was married to Marion Shalloe in 1991. She is a hospital ward sister. The pair welcomed three children: Albert Douglas Morgan, Spencer Wimmiam Morgan, and Stanley Christopher Morgan. The couple could not hold the relationship and end with divorce in 2008.

Later, he was in an affair with Mariana Hyde in 2000. The sexual emails exchanged between Mariana and Piers were made public and resulted in the breakdown of the journalist’s first marriage. Then, Mariana and Piers also ended their relationship after she continued her marriage with her husband.

Who is Piers Morgan?

Piers Morgan is a British journalist, broadcaster, writer, and television personality who is currently working as a co-anchor of the ITV Breakfast program ‘Good Morning Britain’. Moreover, he is a former MailOnline.com.

He was born on March 30, 1965, in Newick of Sussex, England. His birth name is Piers Stefan O’Meara. He was born to mother Gabrielle Georgina Sybille (née Oliver) and father Vincent Eamonn O’Meara. He has a brother named Pughe-Morgan who is two years older than him. His father was an Irish descent originally from County Offaly.

Unfortunately, his father died when Piers was 11 months old and his mother married Glynne Pughe-Morgan and he took his step-father’s surname.

Piers holds American citizenship but his ethnicity is a mix of Irish, Scottish, English, and Portuguese.

Between the age of 7 and 13, he was at the independent Cumnor House prep school then Chailey School, a comprehensive secondary school in Chailey. After that, he studied journalism at Harlow College.

He started his career as a journalist in the mid-1980s. He began working as a reporter for the newspaper group, Surrey and South London. In 1989, he joined The Sun and worked as n entertainment editor for their gossip column.

Later, he got selected to be the new editor of the weekly tabloid, News of the World, in 1994 by Rupert Murdoch. In addition, he also served as a writer and editor for the Daily Mirror.

Moreover, he worked as one of the original judges on America’s Got Talent along with Brandy Norwood and David Hasselhoff. He served as the judge from 2006 to 2011 and replaced by Howard Stern in 2012.

In addition, he hosted the talk show, ‘Piers Morgan Live’ which replaced Larry King on CNN which ran from 2011 to 2014. Also, he worked for the breakfast program, Good Morning Britain’, and the chat show, ‘Piers Morgan’s Life Stories’.

He became friends with President Donald Trump after winning the US celebrity version of The Apprentice. On January 25, 2018, it was revealed that Piers interviews the President for an exclusive ITV interview. Likewise, he interviewed Lorenzo Gilyard as a part of the Serial Killer with Piers Morgan program on ITV.

He was nominated for RTS Television Award in the category Best presenter for ‘Piers Morgan’s Life Stories’ in 2011.

He has an estimated net worth of around $30 million as of 2022, and he has earned that sum of money from his professional career. Also, he entered a 2 million pound contract with ITV. Also, he earns £1.5 million per annum from hosting ‘Good Morning Britain’.

He was fired from The Mirror in 2004 for authorizing the publication of fake photographs which showed British soldiers abusing Iraqi prisoners.

He has a height of 6 ft. 1 inch and weighs 97 kg. Piers has blue eyes and light brown hair. His shoe size, dress size, etc. are not available.

Upset with his son Spencer Morgan’s remark about his portrait, Piers Morgan threatens him of taking away his inheritance!