Updated On November 18, 2022 | Published By: Frances West | In Health , Wellness
Share this 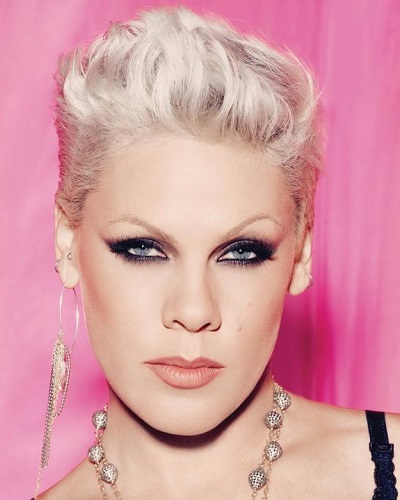 Find out what did she write for herself.

The popstar Pink wrote a message to herself

Pink, the American singer, recently wrote a heartwarming message for her on social media. She openly talked about aging, plastic surgery, and many more things in the post.

The pop star mentioned that she wants to age traditionally. She went to Twitter and made a series of posts about how she did not want to get botox.

The 40-years-old singer is embracing her wrinkles and is enjoying her aging. In one of the posts, she started writing with a ‘Letter to self’ where she mentioned:

“Letter to self; Dear Me, you’re getting older. I see lines. Especially when you smile. Your nose is getting bigger. You look (and feel) weird as you get used to this new reality. But your nose looks like your kids, and your face wrinkles where you laugh .And yeah you idiot..u smoked.”

You may also read- Katharine McPhee Clapped Back At Who Trolled Her Engagement!!

Furthermore, she also mentioned her post saying where she talked about plastic surgery, she stated:

“Every once in a while you consider altering your face, and then you watch a show where you want to see what the person is feeling… and their face doesn’t move. I’m cannot get behind it. I just can’t.”

The pop star who is the mother of two children also mentioned her children in the post. In the message, she wants her children to know what she looks like when she is angry.

Additionally, the singer called herself fortunate as she never depends on her looks. In addition, she said:

“I’ve decided that my talent and my individuality is far more important than my face. So get on board cause I am about to AGE THE OL FASHIONED WAY (in a tutu ruling s— at 30 mph 100 ft in the air over 40) yasssssssss.”

After the post, the pop star, many of her fans and followers showered her with love and a positive message. They told her she is all beautiful inside and out.

Della Collins wrote after the post of the popstar saying:

“Funny, I was just looking at photos at Jameson’s event, and thinking how naturally beautiful you always are! Glowing…to be honest!”

Followingly, another fan of hers also replied to her tweet saying:

“And they all start to look the same.. blowfish lips, puffed up cheeks and non moving facial features.. stay true to yourself @Pink you’ll always be admired for being unapologetically you,”

You may also read- Few Fun Facts You Need To Know About The Fashion Vlogger Golden Kye!!