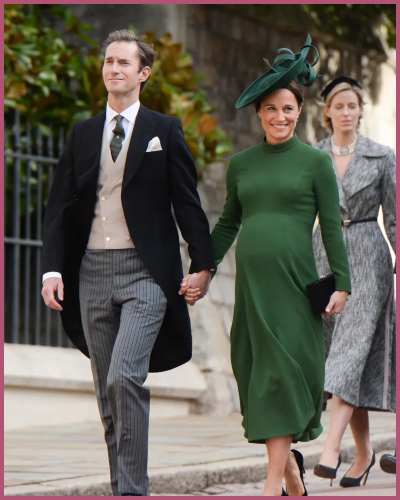 Pippa Middleton, 38, an English socialite has expanded her family to five!

Pippa Middleton has marked the arrival of the third-born baby girl with her husband James Matthews. The couple who are also parents to 3-year-old son Arthur and 1-year-old daughter Grace made their family of five.

Pippa with beloved James, 46, welcomed their first child, a son named Arthur in Oct. 2018. She then gave birth to a baby girl Grace in March 2021 in the Lindo Wing of St. Mary’s Hospital.

The sister of the Duchess of Cambridge has officially given the sixth grandchild to Carole and Michael Middleton. The newborn baby is also another little cousin for Prince George, Princess Charlotte, and Prince Louis.

Where is Pippa Middleton planning to relocate after the baby’s birth?

Pippa Middleton with her husband James Matthews has three children in their 5 years of marriage. She is thoughtful about finding a home near her family so that her kids can shape themselves pretty well.

Some sources disclosed, that Pippa is planning to relocate to a village near Bucklebury. It’s the same place where she grew up with her siblings and her parents’ residential area.

Further, she made sure her sister Kate Middleton is within an hour of her new home. It will take around 50 minutes from her new home to reach Windsor. Kate, William, and three children are shifting there this summer.

Needless to say, the two daughters of Carole Middleton are fulfilling their mother’s dream to play with grandkids. She has shown her interest,

“I want to run down the hills, climb the trees and go through the tunnel at the playground. As long as I am able to, that’s what I’ll be doing. I cook with them, I muck around dancing, we go on bike rides.”

Pippa whose baby bump was on display in a bright green dress at Queen Elizabeth’s Platinum Jubilee last month is finally out now.

The younger sister of Duchess Kate Middleton walked in with her spouse Matthews, her brother James Middleton and his wife Alizée Thévenet at the concert of the Platinum Jubilee.

Pippa who has a net worth of $50 million is linked to the UK’s Royal Family as her sister Kate married Prince William.

Who is James Matthews?

James Matthews is the chief executive of Eden Rock Capital Management Group. Matthews is also a British former professional racing driver who will inherit his father’s title of the Laird and Lady with his wife Pippa.

Eden Rock Capital Management fund was involved in a £90 million fraud investigation making them one of the major investors in a collapsed Scottish company. Read more bio… 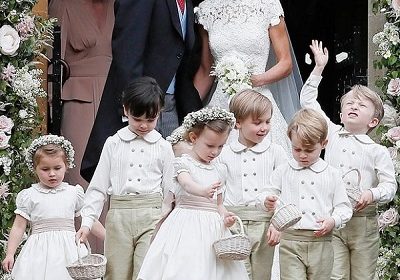