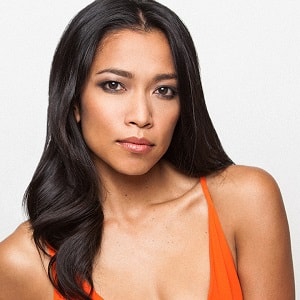 Pisay Pao is currently single. There is no rumor heard about her affair and relationship. Pisay might be focusing on her career.

Who is Pisay Pao?

Pisay Pao is an American actress and she is famous for her role as Cassandra in the SyFy series ‘Z Nation’. She has also appeared in the films like ‘Simply Fobulous’ and ‘The Whole truth’.

She was born on November 1, 1984, in Thailand Refugee Camp because of the Cambodian civil war. She is currently 34 years old. Her family shifted to Seattle, Washington, when she was 2 years old and grew up there with her family. She has got a sister. She was interested in painting, drawing, dancing and performing since her childhood. She was pushed to excel academically by her parents when she was 10 years old.

Her parents were both refugees and they escaped war and went through deadly borders to get to safety. Her mother was so strong and determined and she sees herself in her mother.

Her nationality is Thai and her ethnicity is Asian.

She attended the University of Washington and studied there with a scholarship. But, she found her interest in fashion and left the university.

She was introduced to an agent by her friend and she stated that she greatly enjoys being a part of the Z Nation family and enjoyed working with everyone. She worked out four to five times a week to be in working on set shape and to be in the apocalypse. She worked for two to three months before she started her filming career. She loves to go to Comic Cons to meet fans and to sign autographs. She said she could play the role of ‘Strom’ in the X-Man series.

She like being updated about fashion and stand for women rights. She announced that she wants to find a way to bring justice for the victims of sexual violence.

Rumors were that Pao and Nat Zang, an American actor are seeing each other as they were seen together in public events. However, none of them has confirmed about the affair. She likes to keep her lips tight. She has not been involved in any scandal or controversies.

She has black hair and black eyes. She has a height of 5 ft. 5 inches. Other information about her weight, body measurements, etc. are not available.