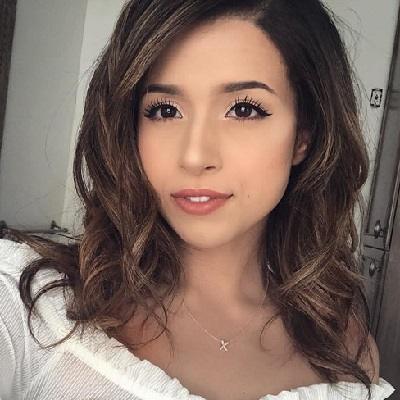 It's not fun being a streamer and living alone, so we decided to come together in a way so we not only keep each other company but we can also collab and actually do good work and content for everyone else.

Pokimane is neither married nor dating.

However, over time, her name was linked with the fellow YouTuber and Gamers like Meteos and Scarra. Despite that, she has never confirmed the relationship with them.

Besides that, she shares a friendly bond with a fellow Twitch star, Nikki Smith.

Canadian-Moroccan Pokimane is an Internet Sensation known for her gaming and streaming skills.

Last, in 2019, she appeared in the documentary, League of Legends Origins. Next, in 2020, she will make her appearance in the movie, Free Guy.

Pokimane was born as Imane Anys on the 14th of May 1996 in Morocco. Her father and mother currently reside in Canada. Her parents like to stay from her social limelight.

She also has a brother. They are of British-Irish ethnicity.

She is a High School graduate. After that, she attended McMaster University in Hamilton, Ontario. However, she dropped from the University.

She first started streaming in Twitch back in 2013. Later, in 2017, she earned 450k followers on the platform. Due to that, she became one of the 100 most followed personalities in the platform.

The following year, she was awarded Shorty Awards as the Steamer of the year. Also, Twitch selected her as a brand ambassador for them.

She also has a self-titled YouTube channel with over 5.05 million subscribers. Also, she has a second channel, Pokimane Too with more than 229k subscribers. She entertainment her audition with her content such as game contents, vlogs, and podcasts.

Besides streaming and YouTube, she is expanding her career options as an actress too. She will be making her appearance in the movie Free Guy directed by Shawn Levy.

Currently, the movie is at the stage of post-production. However, it will release in December 2020.

Besides that, she also makes through her Instagram posts too. Apart from that, her main YouTube channel that stands at the rank of 37 has earnings of $69.3k – $1.1m. Also, her second channel has estimated earnings of $13.8k – $221.5k.

Apart from that, she also makes through sales of her merchandise too.

Last year, in November 2019, she was caught up in an online drama when a fellow steamer, 39daph leaked as the message between two. At the time, 39daph claimed Pokimane confronted her for unfollowing her.

Responding that she clarified that event was true. However, she added that she just wanted to know the reason behind it. Also, she had curiosity regarding if 39daph action has any relationship with her following another steamer, Sliker.

She has brown eyes with brunette hair. Her height is 5 feet 3 inches and weighs around 51 kg.

Taking about her appearance, she has a charismatic look with an oval-shaped facial structure. Also, she prefers to experiment with her looks by often changing her hairstyles and hair colors.