Posted by MarriedBiography Last Modified June 13, 2020 | In Career
Share this 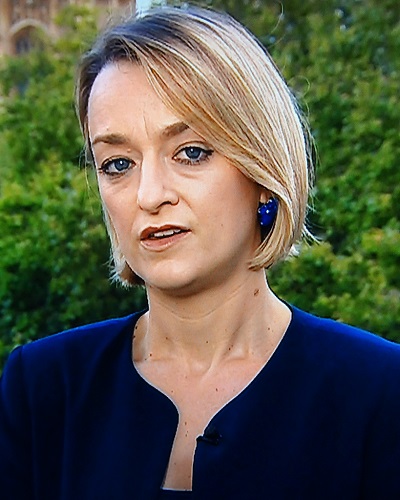 The first-ever female political editor Laura Kuenssberg has become an issue after she dropped the c-bomb live on air. It really created a blast after she said the word. What caused her to say the word? It was because of the lack of sleep that the silly slip-of-tongue took place. She was not the only one to be deprived of sleep.

The lesson of the day: Get a good sleep before you go live on air

It had been a long night for everyone providing the coverage of the general election. She was discussing Liberal Democrat leader Tim Farron’s constituency when she slipped her tongue. She was saying

Tim Farron the current party leader is facing potential defeat. ‘There’s chatter there about a re-c***’

Oh My God! That was a terrible one. But she corrected herself soon by saying recount. But then, once you speak, you can’t take it back. And, the audience who had been listening to the news couldn’t stop themselves from listening. You should watch the video on your own because I know you wouldn’t believe me. Watch it:

That was embarrassing, wasn’t it? But, she couldn’t show her embarrassment. She had to keep on going without making any horrible expression. We just won’t be able to imagine what might have been going on in her mind. Did you see that twitch in her mouth? Maybe she was wide awake after that.

That clip was being aired 2:54 am in the morning and most of them were asleep. But we can’t thank God for that because social networking sites it didn’t matter whether it’s day or night. Some people who had been watching the news couldn’t stop from writing it on their twitter. Someone tweeted:

Oh no! Poor Laura Kuenssberg dropped the "C-bomb" live on air last night.
Ever present fear of all broadcasters!https://t.co/oTX4C2FoD6

Did Laura Kuenssberg just drop the c bomb on air then?

Did Laura Kuenssberg just drop the c bomb on air then?

Let me answer the question. Yes, she did! I don’t believe it either. She might not have believed it either. So, guys, I suggest you, always have a good sleep before going on air on TV or else you just saw what happened to Kuenssberg. She was already irritated by the bad sound quality and she might have been swearing her mind, which mistakenly came out mixed up in the sentence and gave a topic to “tweet” for the people. These aren’t the only tweets. People couldn’t stop themselves from tweeting about this blooper. It was as if that was the only thing that remained to be discussed.

However, we can just let this go for once, can’t we? She has done a lot of good things than saying just a word due to her sleep. Surprisingly, this isn’t the first time, there was a mistake in BBC news and Kuenssberg isn’t the first person to make a mistake. Many news reporters and anchors have caused funny bloopers on television. Want to see some of the BBC news bloopers? Click here!

Laura Kuenssberg is a Scottish journalist and the first female political editor of BBC News. She is an example for females all around the world to show that even females can accomplish in the fields that males have been doing for this date. She got the Broadcaster of the Year Award of the Political Studies Association in November 2016. Laura received the Journalist of the Year award in December 2016 of Press-Gazette. Judges praised her for reporting the greatest change in politics especially pointing her coverage of the EU membership referendum and aftermath. More Bio…