Polly Holliday is a well-known retired American actress. She is best known for her portrayal of Flo Castleberry in the sitcom Alice. 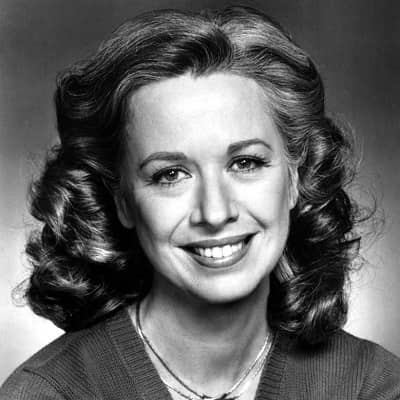 What is the relationship of Polly Holliday?

Polly Holliday hasn’t revealed anything about her relationship or marriage. She always preferred keeping a low profile and so, there is no information on her possible marriage, relationship, partners, or children. She has also not shared about her past boyfriends and relationships yet.

Who is Polly Holliday?

Polly Holliday is a well-known retired American actress. She is best known for her portrayal of Florence Jean “Flo” Castleberry in the sitcom Alice in the 1970s.

More recently towards her retirement in 2010, she played in movies such as The Heartbreak Kid and Fair Game.

Polly Holliday was born on the 2nd of July, 1937 in Jasper, Alabama, USA. As of now, her age is 84. Her nationality is American and her ethnicity is Caucasian.

Polly Holliday was born to parents Ernest Sullivan Holliday and Velma Mabell Holliday. Her father worked as a truck driver. Her parents divorced when she was still young and she spent most of her childhood with her mother.

Holliday grew up in Childersburg along with her brother and later moved to Sylacauga, where her brother’s childhood friend and popular actor Jim Nabors also lived. She learned to play the piano growing up before eventually deciding to pursue acting.

Holliday attended Alabama State Women’s College, which is now known as the University of Montevallo, and graduated with a degree in piano. Afterward, she also enrolled in the Florida State University and graduated in 1959 with a master’s in music education. She also excelled in plays and theater during her time in college.

Holliday started her acting career by performing plays through the Asolo Theater Company in Florida.  After spending 10 years in theatre with them, she decided that she had gained enough experience and moved to New York City in 1973. She also performed on the Broadway hit All Over. She also worked with David Hoffman in 1976’s movie, All the President’s Men.

In 1976, Holliday also landed her most iconic role to date as the sassy waitress Flo Castleberry on the sitcom Alice. Polly played the seductive waitress on Alice until 1980.

Her character’s main catchphrase “Kiss my grits” is well known even now. After Alice, Polly joined the sitcom Private Benjamin for a short while and also appeared in the TV show Golden Girls.

Her other notable roles in movies include Gremlins, The Parent Trap, Moon Over Predator among others. She retired in 2010 with her last role being Diane Plame in Fair Game.

Polly Holliday has an estimated net worth of roughly 2 million U.S dollars as of 2022. She hasn’t revealed anything about her annual salary as of now.

Polly Holliday stands at a height of 5 feet 7 inches tall. She hasn’t shared anything about her current weight though. She was a really pretty actress back in the day and even now, Polly has aged well. Holliday’s hair is grey and her eyes are blue.

Polly isn’t active on any social media platforms right now. She prefers keeping a low profile and doesn’t use social media at all.

Get to know more about the lives of celebrities Britne Oldford and Peggy Blow as well.