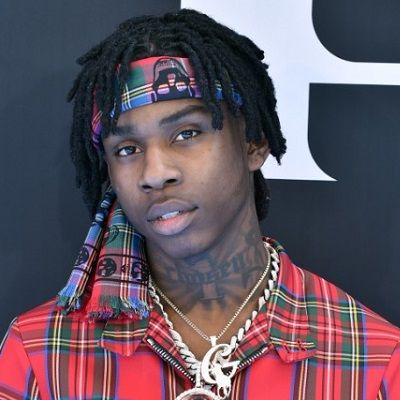 Polo G is in a romantic relationship with Crystal Blease.

Rumors are that Polo engaged with Crystal.

However, his Instagram posts suggest that he has a son too. However, the mother’s name is not revealed yet.

He is quite fond of cars.

Who is Polo G?

Polo G is an American ace rapper and songwriter. Polo is renown for the song, Pop Out featuring the Bronx rapper Lil Tjay.

Currently, the singer is associated with Columbia Records. He is also a composer.

Polo G was born Taurus Tremani Bartlett on the 6th of January 1999 in Chicago, Illinois, U.S. He is of British- Scottish ancestry.

He has three siblings. Along with them, they were raised in the small project development, Sedgwick Gardens.

At the very early phase of his life, the rapper lost many of his family members and friend. In the meantime, he was with a bad company. The bad company led to drugs, car theft and so on. For such activities, he was in Jail.

The record of the Chicago Police Department shows that he was arrested for having 20 grams of cannabis on possession and criminal trespassing. Later, on the 14th December 2017, he was again arrested from 3942 W Roosevelt Road. The following day, he was released on bail.

– In such a harsh situation, the rapper a sole medicine which happens to be music. In 2016, he started his career by recording songs like O.D.A.

– Following the song, he released his second song, Finer Things. The song took the singer into another level and established him as a very talented rapper in the industry. Till the date, the video on YouTube has earned 82 million views.

– On the 7th of June 2019, he has released his debut album, Die a Legend. He has also started his online clothing line.

From his YouTube channel, he earns $924k US. As a songwriter, his average salary is $43k US. Apart from that, he also earns through his clothing line business.

He has also has a self-titled YouTube channel with 1.37 million subscribers with 556 million views.