Bold and beautiful Pom Klementieff is a French actress. 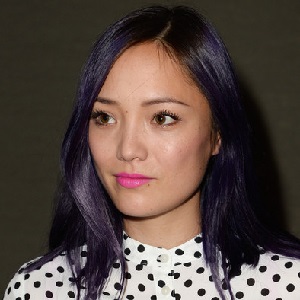 There are so many forms of love. Spending time with friends, love stories. I enjoy showing my love by baking a cake for somebody and writing his or her name on it, and seeing his or her reaction. I love to offer flowers, too

I love to create looks. It's just like you're a different character every day

In life, I have male friends. They're just friends, and there's nothing going on, and it's beautiful.

Reflecting on the personal life of Pom Klementieff, she is possibly single. Previously, she was in a relationship with a comedian, Nicolas Bedos.

Who is Pom Klementieff?

French actress Pom Klementieff was born in Quebec City, Quebec on 3 May 1986. Her father, Alexis Klementieff worked as a consul with the French government. Her father passed away when she was just 5 due to cancer. She has an elder brother who committed suicide on her 25 birthday.

She has a French nationality and she has a mixed ethnicity of Russian, French, and Korean. Her family lived in Japan and the Ivory Coast before settling in France. Klementieff was named “Pom” because it sounds similar to the Korean words for “spring” and “Tiger”. She was raised by her paternal uncle and aunt.

Her uncle also passed away on her 18th birthday. She attended law school but left it and started acting at age 19 at the Cours Florent drama school in Paris.

Talking about the career journey of Pom Klementieff, she is active in the entertainment field since 2007 and she is still active in it. She started acting professionally in the French independent film Après Lui in 2007. In 2009, she appeared in the leading role of Nastazya in the French film Loup.

In 2013, she made her Hollywood debut in Spike Lee’s Oldboy in which she portrayed the character of Haeng-Bok. In 2015, she appeared as Loise in Hackers’ game. In 2017, she appeared in two movies, Ingrid Goes West and Guardians of the Galaxy Vol.2.

Besides acting, she is also a taekwondo player and has a purple belt as of the summer of 2014.

Her success in the career path has paid her well financially. Her net worth varies depending on the various source so for now, we can say her net worth is growing significantly.

She was also engaged in filming Avengers: Infinity War in which she appeared as Mantis.

She was criticized for being the real star of Guardians of the Galaxy Vol.2.

Pom Klementieff has a height of 5 feet 7 inches with body weight of 58 kg. Her hair color is black and her eye color is dark brown. She has a well-shaped body of 35-24-36 inches.

What ethnicity is Pom Klementieff?