Poppy Drayton is an Actress known for The Shannara Chronicles, as an Amberle Elessedil, Charmed, as an Abigael. 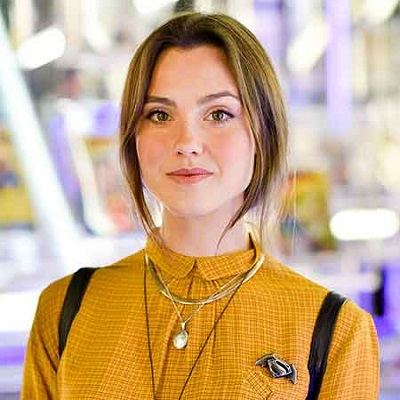 She is more focused on her acting career rather than being in a relationship. She likes to share her work and her upcoming projects through her social media for her fans and followers.

Who is Poppy Drayton?

British Poppy Drayton is an Actress.

She is best known for her role in the fantasy drama, The Shannara Chronicles, as an Amberle Elessedil, Charmed, as an Abigael.

As of January 22, 2018, Drayton gave an interview talking about her role and experience in The Shannara Chronicles.

She studied at the Arts Educational School in Chiswick, London, England.

Her family information is not disclosed yet.

Drayton started her acting career from the Short Drama, Emily, in 2012.  In the following year, she got the main role in the romantic movie When Calls the Heart, alongside Maggie Grace and Stephen Amell.

From 2014 to 2015, she appeared in several TV series as well as movies such as Father Brown, Midsomer Murders, Down Dog, Plebs, Unhallowed Grown, etc.

In 2016, she portrayed a recurring role as an Amberle Elessedil in The Shannara Chronicles.

She cast in the Historic action based movie, The Rising Hawk, in 2019.

Drayton’s net worth is approximately $2 million.

Her movie The Little Mermaid accumulates around 2.6 million gross collections.

Drayton has brown hair and hazel eyes. Her height is 5 feet 6 inches and weight is 55 kg.

Drayton has 95 k followers on Instagram. She already has been posted above 180 posts on her Instagram wall. She followed a different personality like Sarah Jeffery, Jonathan Foley, Miley Cyrus, etc.

Drayton is also active in Twitter and has around 43.8 k followers on it. She joined the Twitter community in January 2012.