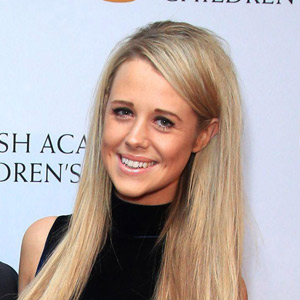 Portia Oduba is a married woman. She has been married to Ore Oduba who is currently working for the BBC as a TV presenter. The pair tied their knot ion 1st November 2015.

This couple has welcomed a son named Roman Oduba in early January 2018. They are currently living together and are sharing beautiful moments with each other.

Who is Portia Oduba?

Portia Oduba is an English television researcher who is well recognized as the wife of Ore Oduba. Ore Duba is the season 14 winner of BBC One’s ‘Strictly Come Dancing’.

Her father, Nick is the lead singer of the 80s punk rock band ‘Anti-Nowhere League’. He still occasionally performs with the band, he has tamed his old wild ways. He quit school at the age of 16 and then joined the biker gang ‘The Chosen Few’. Nick spent two years in prison and lived ‘off the grid’ in the Canadian wilderness to avoid a gang conflict. He got kicked out of British music program ‘Top of Pops’ for bringing an axe into the studio. Her mother is famous in her own right.

Portia holds British citizenship but her ethnicity is unknown.

Oduba was a budding athlete as a young student at Kent College. She helped her school place first by earning the top spots in the track and field events long jump and discus in the 200 Kent Schools Athletics Trophy Competitions. She was included on the school’s U13 team in the same year and won the Kent Schools Netball Championship.

Also, it is heard that she attended the University of Leeds, but the information about what she studied is still missing.

She began her carer in the TV industry in 2011 as a junior researcher for the children’s channel ‘CBeebies’ on the BBC Network. After a year, she worked as a production assistant on the first season of the channel’s ‘The Rhyme Rocket’.

Portia Oduba remained with BBC as a TV Researcher on shows like ‘Blue Peter’ and ‘A Question of Sport’ for several years. In 2017, she stopped working in preparation for her baby boy.

Her husband is widely recognized for her work in ‘The Network’, ‘Newsround’, BBC Breakfast’, ‘BBC Radio 5 Live’, and many more. He also appeared as a guest ion CBBS shows such as TMI Friday’, ‘Hacker Time’, and ‘All Over the Place’. He is currently hosting the BBC One game show ‘Hardball’.

She might have earned a huge sum of money from her career however, she has not revealed her net worth, salary, and income.

She likes to keep her profile low and wants to keep herself far from media. Also, she does not like to harm other people in her career.

Portia Oduba has dark brown eyes and blonde hair. But, other information regarding her height, weight, body measurement, etc. are unknown.