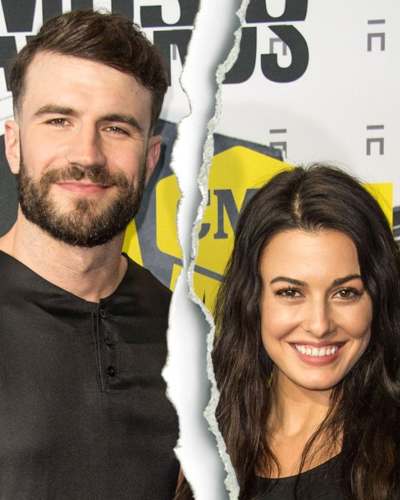 Hann Lee Fowler, the pregnant wife of country singer Sam Hunt filed for divorce after almost five years of marriage. The couple is expecting their first child together in May.

Unfortunately, the unborn baby will be unable to see his/her parents together. Lee went to Tennessee court on Friday to terminate the marriage, alleging that the star cheated on her on February 18.

She noted in the paper that she is now six months pregnant and cited “irreconcilable differences,” as the reason behind their divorce.

She also accuses Hunt of “inappropriate marital conduct” and “adultery.” Similarly, she asks for three types of alimony, child support, primary custody of the child, as well as for each party to be “awarded their respective separate property in her filing.

However, the two haven’t yet commented and responded to the divorced news and cheating allegations.

Also read “Is Tara Wilson getting a divorce from husband Chris Noth after his sexual assault scandal?”

Sam and Hanna walked down the aisle on 15 April 2017 in an intimated wedding ceremony attended by their close friends and family. Their marriage was held in Hunt’s hometown at Methodist Church in Cedartown, Georgia. The two were engaged just months before their wedding.

Prior to that, they had an on-and-off relationship for years. During that time, Lee resides in Hawaii. While speaking to Entertainment Tonight in 2017, Hunt told that he had visited Hawaii about seven times to convince her.

“The Seventh trip I convinced her,”

They went to Ponte Vedra Beach, Florida for their honeymoon on 9 May 2017 where The Players Championship was held. Last year, he expressed about having kids in the near future on Kiss Country 99.9 Miami radio show TC & Dina B.

“I hope so. We’ve talked about it for a while, but we’ve really started thinking about it seriously here these past few months. So that’s on the agenda right now and I’m hoping that we’ll have some good news sooner than later.”

Lee occasionally accompanied Hunt to awards shows and other public events. In 2020, she joined him onstage on Dick Clark’s New Year’s Rockin’ Eve with Ryan Seacrest.

Hannah Lee Fowler is an American nurse and a fitness enthusiast. She is famous as the wife of country music star Sam Hunt. Lee was raised along with two brothers and three sisters in Montevallo, Alabama, United States. Her father, Scott Fowler is a pastor by profession. Talking about her academic background, she went to Evangel Christian School from where she graduated in 2006. Further, she prefers to keep a quite low profile so, she is not active on any kind of social media platform. See more…

Also read “Is actor Daniel Benson dating anyone? Know about his career, family, and relationships!”

Sam Hunt is an American singer, songwriter, and former college football player. He has been awarded various awards including renowned awards like American Music Award and CMT Music Award. He was nominated for Billboard Music Awards and Grammy Awards as well. See more…

Keke Wyatt, 39 Is Expecting Her Baby No. 11 With Husband Zackariah Darring! ‘The actress is making a football team’
Tags : Country singer Songwriter