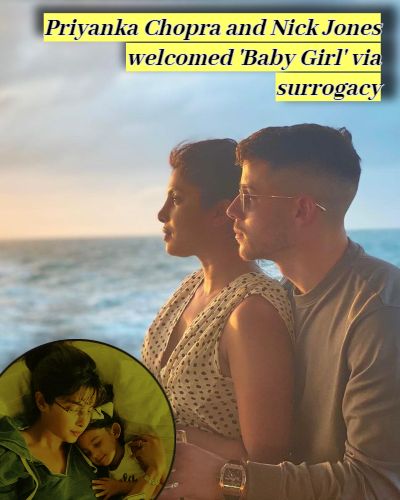 “We are overjoyed to confirm that we have welcomed a baby via surrogate. We respectfully ask for privacy during this special time as we focus on our family.”

The Power couple has also asked for their privacy. According to a report published in Daily Mail, Priyanka and Nick Jonas’ baby girl had arrived 12 weeks before the due time.

The baby was due in mid-April, but the surrogacy mother experienced complications and gave birth within 7 months. Nick and Priyanka’s baby was birth prematurely on the 27th week in a Southern California hospital outside LA. The surrogate and baby are still in the hospital under observation.

Due to the baby’s critical health condition, they have not released any information about their newborn baby to the media. Currently, they were also in Southern California and waiting for their little princess to be healthy enough to move her to Los Angeles.

Why did the power couple choose surrogacy?

Priyanka and Nick have been planning on having a child for a while now, but because of their busy scheduled, they kept delaying it. They eventually decided on surrogacy, went to an agency, and were connected to a woman in Southern California.

The sources shared that this is the woman’s fifth surrogacy. Similarly, Priyanka had cleared her busy schedule from the month of April in order to embrace motherhood. Unfortunately, the baby arrived before its due date.

Why Families opted for Surrogacy and How it works?

Surrogacy is a third-party reproduction in which a woman agrees to carry the pregnancy for intended parents. The surrogate is the woman who carried the pregnancy.

Many parents prefer surrogacy to adoption because surrogacy ensures genetic similarities between the child and the parents. In fact, Surrogacy is a blessing to the parents who desires a child that is blood-related to them.