Updated On January 26, 2023 | Published By: shahid | In controversy , Lifestyle
Share this 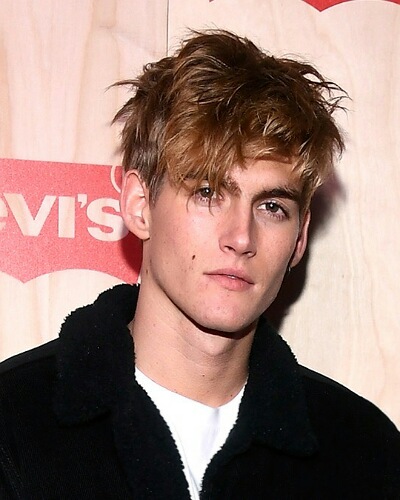 Presley Gerber had a new face tattoo that spelt ‘Misunderstood’.  But he was heavily trolled for it. But now, Presley has slammed back at his critics. Read the full details here!

In February 2020, Presley Gerber, the son of supermodel Cindy Crawford proudly showed off his new face tattoo that read Misunderstood. But since then, he has been getting negative comments for it. The social media users have been ridiculing him for it.

Presley has now slammed back at these critics. He posted the following message on his Instagram in a white text against a black background:

“Most and a lot of people can get a face lifts, change genders, lip injections, etc and it’s offensive to say anything in today’s day in age but I get a little face tattoo and now people love to hate me..”

He feels that it is not okay for people to talk ill of the cosmetic choice of another person. But people did not as his response and one said:

“There is no comparison, attempting to do so was unacceptable,”

And here’s Presley Gerber comparing getting a “misunderstood” face tattoo to being transgender pic.twitter.com/r1OZmf0q9Y

“Did he compare getting a face tattoo to being transgender?!?!”

Presley Gerber: “Most and a lot of people can get a face lifts, change genders, lip injections, etc & it’s offensive to say anything in today’s day in age but I get a little face tattoo and now people love to hate me.” Cindy Crawford, come get your son!!! https://t.co/P6m5FoK15z

Earlier, the model had written on his Instagram Stories:

“It says misunderstood because that’s how I felt my entire life,”

“Look at these f—king haters out here. F—k you if you don’t like it.”

“If I thought this was going to ruin my face or I didn’t want this, I wouldn’t have done it. I think that’s a pretty obvious thing,”

The son of Cindy Crawford, Presley had got a new ink below his right eye in February 2020. The tattoo reads ‘Misunderstood’.  Presley, 20 posted on his social media a video clip of him getting the face tattoo.

His tattoo artist JonBoy also shared a picture of his face tattoo of Presley. He wrote:

The backlash on social media

Presley is the son of Rande Gerber and Cindy Crawford and the brother of model Kaia Gerber. Many people did not like the new ink. One troller wrote:

“Are you really that misunderstood? Having all the money at your disposal is never a good thing in life. You must be so bored,”

“The only thing misunderstood is that tattoo. You just ruined your canvas,”

His girlfriend Charlotte D’Alessio was, however, supportive and commented:

“His parents love it, by the way.”

Presley Gerber is popular as an American model. He is signed to the renowned modeling agency, IMG Models. Moreover, the model also gains popularity for being the son of supermodel mother Cindy Crawford and multi-millionaire father Rande Gerber.

He starts to build his career in the modeling industry in 2016 and no sooner now has he walked for the various big fashion houses like Ralph Lauren, Dolce & Gabbana, Balmain, and Moschino during Paris Fashion Week. He is ruling the runway and is in high demand. The model also poses photogenic features and is in demand. More info…