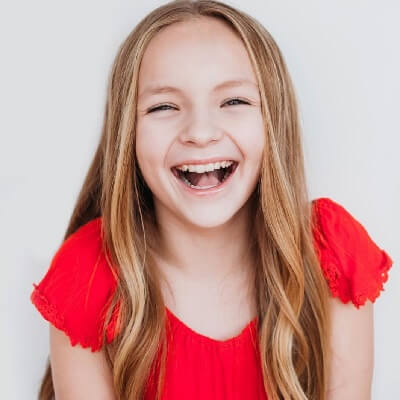 Pressley is single. Currently, she is still in her early teens and has some time before she starts dating. She is focused on her studies and her career as a dancer, model, and reality TV star as of now.

Who is Pressley Hosbach?

Pressley Hosbach is an American teen dancer and social media personality. She was featured in the 8th season of the popular TV show, ‘Dance Moms.’ She now has over thousands of followers on social media sites and also went on Justin Beiber’s Propose Tour as a backup dancer.

Pressley Hosbach was born on October 5, 2006, in the United States of America. As of 2020, her age is 13. She was born under the birth sign, Libra. Her mother’s name is Ashley Hosbach but there is no information about her father. She and her mother participated in the 8th season of Dance Moms. She has a very strong relationship with her mother who has always encouraged and motivated her to pursue her dreams.

Hosbach started dancing at a very early age. She started performing when she was just two years old. She spent her childhood days in LA.

Pressley Hosbach started her career in the entertainment industry when she was just three years old. She started off as a model for various companies like Children’s Place, Lilly Pulitzer, Bloomingdale’s, Nancy Vuu, Parents Magazine, Toys R Us, and New York Fashion Week.

At the age of seven, she performed as a dancer in various commercials for ESPN, Macy’s, and Universal Halloween. Furthermore, she also became a part of the NBA team, Brooklyn Nets.

She and her mother joined ‘Dance Moms’ for its eighth season. The reality TV show first aired on July 13, 2011. Since then, its popularity has grown a lot. The eight season in which Hosbach featured in aired on June 4, 2019. She has trained dancing under famous dancers such as Guy Amir, Blake McGrath, and Zachary Venegas.

Hosbach first posted on Instagram on April 3, 2013. It was a photo of her dancing on stage and she captioned, ‘Love it.’ As of 2020, she has around 373.1k followers on Instagram. She is also hugely popular on TikTok. She has more than 600.8k followers on TikTok. In total, she has received more than 13.5 million likes in her videos.

She started her YouTube channel in August 2015. Her videos have crossed more than 1.9 million views in total. On March 7, 2020, she posted a video titled, ‘dance moms competition makeup GRWM // + Q&A // Pressley Hosbach’. It is her most-viewed video to date with around 225k views. ‘A DAY IN THE LIFE OF PRESSLEY AND BRADY!!! / Dance Moms vlogs / Pressley Hosbach’ is her second-most-popular video with more than 100k views.

In 2016, she went on the Purpose Tour with Justin Bieber as a backup dancer. She also has an acting credit to her name. She portrayed Roxie on the Brat series, ‘Stage Fright’.

Pressley has blonde hair and blue eyes. She stands at a height of around 4 feet 10 inches. There is no information about her weight. Similarly, her body measurements also remain unknown as she is still just 13.

The young dancer has not been involved in any controversies. So far, she has successfully kept herself far from any scandal and controversy. She has not done anything controversial so far in her career. She is still very young and has a long way to go in her career. Similarly, there are no rumors about her.

You may also like to read the Bio, Career, Net Worth, Body Measurements, Social Media, and more about Pete Davidson, Billie Eilish, Takeoff, etc.