Priah Ferguson is a child actress of just 14. So, there is plenty of time left for Priah to have affairs or boyfriends. 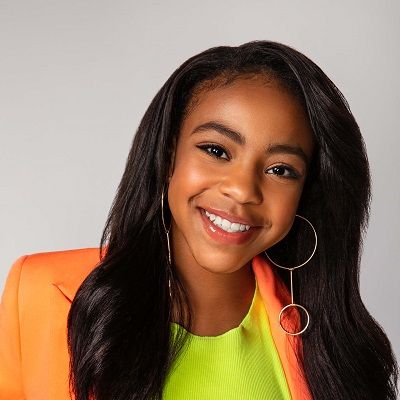 You can't spell 'America' without 'Erica'.

Who is Priah Ferguson?

Priah Ferguson is an American child actress who is famous for her breakout role as Erica Sinclair in Stranger Things.

She portrayed this character in the second and third seasons of the Netflix original TV series. Previously, Priah Ferguson had also appeared in small roles on series like Atlanta, Mercy Street, etc.

Priah Ferguson was born on 1st October 2006 in Atlanta, GA as the firstborn daughter of her parents. Currently, the talented actress is 12 years old. Her parents’ names are John Ferguson and Adjua Leon Ferguson.

Furthermore, she has a little sister named Jayda. Her nationality is American. In addition to this, she is of African-American ethnicity.

Ferguson is still just 12 and recently graduated a school year on the honor roll.

Priah Ferguson started training at various acting camps and classes at the very early age of 5. After that, she started working at several theaters. In 2015, Priah got selected for the United Way of Greater Atlanta video. This earned such an overwhelmingly positive response towards her and the non-profit organization even asked her to become their official Spokeskid.

However, it is for her performance as Erica Sinclair in the American science fiction-horror web TV series, Stranger Things for which she has become popular all around the world.

Her character Erica was introduced in the second season. However, her character was only for one episode in the show. But, the talented actress charmed the audience so much that the producers kept bringing Erica back to deliver more snappy one-liners for which she became a fan favorite.

Recently, from season 3, her recurring role was promoted to the main cast.

She has been nominated for Screen Actors Guild Award for Outstanding Performance by an Ensemble in a Drama Series.

Priah Ferguson earns an impressive sum of money from her rising career as she has appeared in various TV commercials, and films as well as Stranger Things. However, her exact net worth has not been revealed. But, as per some notable online sources as of 2022, she has an estimated net worth of around $500k. However, her salary from Stranger Things remains undisclosed.

Priah Ferguson is around 3ft 11in tall, or 120 cm tall. In addition to this, she has a weight of around 39 kg. She has black hair and black eyes.

As a Stranger Things actress, Priah is popular on social media. She has around 1.2 million followers on Instagram. Similarly, her Twitter account has around 11k followers.

You may also like to read about the bio, career, net worth of Kennedy Brice, Millie Bobby Brown, David Harbour.