Updated On December 18, 2022 | Published By: Robert Taylor
Share this
Divorce 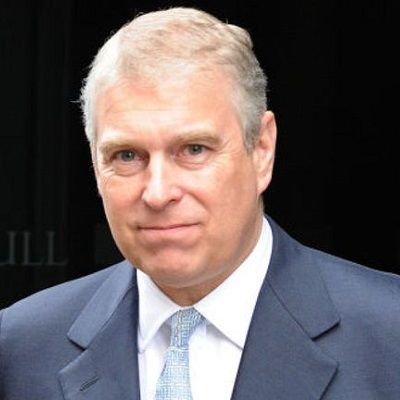 When the question arose whether I, as a member of the royal family, should take part in active combat in the Falklands, there was no question in her mind, and it only took her two days to sort the issue.

Her friends say she is very funny. At a family dinner, she stood to go, and the footman very properly pulled her chair away. At that moment I asked her a question and she sat down again, except there was no chair. Everyone, including the Queen, laughed and laughed.

It's almost a responsibility for all the people of the United Kingdom, regardless of race, color or creed, and an understanding that you have an individual connection with each and every one.

The Queen's intelligence network is a hell of a lot better than anyone's in this palace. Bar none. She knows everything. I don't know how she does it. And she sees everything.

What is the relationship of Prince Andrew?

In 1986, Prince Andrew married Sarah Ferguson. However, they separated in 1996.  Also, they pulled in a high state of media coverage.

The couple seemed to have a happy marriage and had two daughters together, presenting a united outward appearance during the late 1980s. His daughters are Princess Eugenie of York and Princess Beatrice of York.

In February 1981 Prince met Koo Stark. They were close for two years, before and after his active service in the Falklands War. Tina claimed that this was Prince’s only serious love interest.

They went for a holiday together on the island of Mustique in October 1982. However, they had to split up in 1983, because of pressure from the press, paparazzi, and palace.

Who is Prince Andrew?

Prince Andrew is a member of the British royal family. Prince is the third child and second son of Queen Elizabeth II and Prince Philip, Duke of Edinburgh.

When he was born, Andrew was second in the line of succession to the British throne. According to a recent survey of May 2019, he is eighth in line.

Prince was born as Andrew Albert Christian Edward in the Belgian Suite of Buckingham Palace on 19 February 1960. He is mostly known for Duke of York.

He is the third child and second son of Queen Elizabeth II and Prince Philip, Duke of Edinburgh. Prince got introduced in the Palace’s Music Room on 8 April 1960 by the Archbishop of Canterbury, Geoffrey Fisher.

Andrew was the first child born to a reigning monarch since birth in 1857 of Queen Victoria’s youngest child, Princess Beatrice.

At the age of 96, his mother Queen Elizabeth II died on 8 September 2022, at Buckingham Palace. She dies peacefully, it was a natural death.

Similarly, as with his older brother, Andrew got cared for by a governess was in charge of his education at Buckingham Palace. They sent him to Heatherdown School near Ascot in Berkshire.

In September 1973, he entered Gordonstoun, in northern Scotland, which his dad and senior sibling had additionally attended. While there, he went through a half year—from January to June 1977—taking an interest in a trade program to Lakefield College School in Canada.

He left Gordonstoun in July two years after the fact with A-Levels in English, history, financial aspects, and political theory. Prince did not go to university but entered the Britannia Royal Naval College at Dartmouth.

In 1979 March an April, Prince Andrew enrolled at the Royal Naval College Flight, undergoing pilot training until he got accepted as a trainee helicopter pilot and signed on for 12 years.

He also took the Royal Marines All Arms Commando Course during 1980. He passed the Dartmouth course, and the prince went on to elementary flying training with the Royal Air Force.

Similarly, he got basic flying training with the navy at HMS Seahawk, where he learned to fly the Gazelle helicopter.

Andrew got transferred to RNAS Portland in late 1983, he got trained to fly the Lynx helicopter and got promoted to the rank of Lieutenant on 1 February 1984. Whereupon the Queen appointed him as her personal aide-de-camp.

Andrew served aboard HMS Brazen as a flight pilot until 1986, including a deployment to the Mediterranean Sea as part of Standing NRF Maritime Group 2.

Andrew holds the rank of commander and the honorary rank of vice admiral in the Royal Navy. He served as an active-duty helicopter pilot and instructor and as the captain of a warship.

Andrew has given active service during the Falklands War, flying on multiple missions including anti-surface warfare, Exocet missile decoy, and casualty evacuation.

Andrew is the chairman of the Outward Bound Trust since 1999, succeeding in his father the Duke of Edinburgh. Trust tries to instill leadership qualities among young people.

Also, Prince is Patron of Fight for Sight, a charity dedicated to research into the prevention and treatment of blindness and eye disease, and was a member of the Scout Association.

Andrew tours Canada frequently to undertake duties related to his Canadian military role. He also toured India in the process as a part of the Queen’s Diamond Jubilee in 2012, Andrew became interested in the work of Women’s Interlink Foundation (WIF), a charity which helps women gain skills to earn income. He also raised a fund for that Foundation.

In 2014, the Prince opened the Pitch at the Palace initiative to help entrepreneurs with the acceleration of their business ideas. Entrepreneurs selected for Pitch at Palace Bootcamp have officially invited the Prince himself.

Recently, the Prince took over the patronage of the Outward Bound Trust from his father, the Duke of Edinburgh. Andrew had organized the position of chairman of the board of trustees since 1999.

As of 2022, he has an estimated Net worth of $5 million pounds. As he belongs to the royal family, his source of income is from serving the nation’s Army, Business, etc.

As he is the Trade Representative of UK’s Special, the Prince of York visited the world to promote British businesses. Sources revealed in the United States diplomatic cables leak that the Prince had been reported on by Tatiana Gfoeller, the United States Ambassador to Kyrgyzstan, discussing bribery in Kyrgyzstan and the investigation into the Al-Yamamah arms.

In 2010, there was news that the Kazakhstan President’s billionaire son-in-law Timur Kulibayev paid the Duke of York’s representatives £15 million–£3 million over the asking price–via offshore companies, for the Duke’s Surrey mansion, Sunninghill Park.

In May 2016, there was a controversy about him alleged that the Prince had brokered a deal to assist a Greek and Swiss consortium to secure a £385 million contract to build water and sewerage networks in two of Kazakhstan’s largest cities, while working as British trade envoy, and had stood to gain a £4 million payment in commission.

A scandal with Jeffrey Epstein

In March 2011, it was accounted for that the Duke’s friendship with Jeffrey Epstein, an American agent and indicted sex offender, was creating “a steady flow of analysis”. Sarah, Duchess of York, unveiled that the Prince organized Epstein to help pay a portion of her debts. The Duke walked openly with Epstein after the last’s discharge from a jail, supposedly while arranging this money related help. In July 2011, the Prince got accounted for to have cut all ties with Epstein, and the Duke’s job as Trade Envoy got ended that month.

On 7 April 2015, Judge Kenneth Marra decided that the “sex charges made against Prince Andrew in court papers documented in Florida must be struck from the open record”. They made no decision regarding whether cases by Roberts are valid or false, explicitly expressing that Roberts may later give proof when the case comes to court.

Recently, in August 2019, court documents associated with a case, involving Ghislaine Maxwell, revealed that Joanna Sjoberg gave evidence alleging that Prince Andrew had placed his hand on her breast while seated with Roberts in Epstein’s mansion while posing for a photo with his Spitting Image puppet. Currently, a Former US cop claims the FBI may help cover up Prince Andrew’s alleged role in the Jeffrey Epstein sex abuse scandal.

Honorable Prince Andrew has a height of 6 feet and weighs about 82kg. He has a salt and pepper hair color with light green eyes.