Prince Markie Dee is a hip-hop artist. He died at the age of 52 due to congestive heart failure. 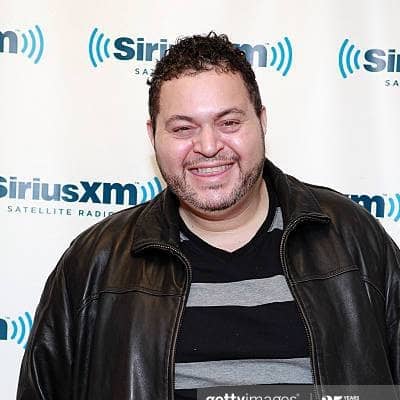 Previously, in the mid-’80s, Prince was engaged to rapper Pepa. Later, this couple split up.

Who was Prince Markie Dee?

Prince Markie Dee was an American singer, rapper, DJ, producer, and songwriter. He was best known as a member of the 1980’s rap group The Fat Boys.

Prince died on February 18, 2021, in Miami, Florida, United States. He died at the age of 52. According to the reports, the reason for his death is due to congestive heart failure.

This rapper was born on 19 February 1968, in New York, the US with a birth name Mark Anthony Morales.

Prince Markie Dee was interested in music and rap from a very young age. He is a band member of the 1980’s rap group The Fat Boys. Earlier in 1984, this band released an album Fat Boys. In 1985, RIAA certified this album as gold.

Similarly, the album peaked 48 on the US Billboard 200, and number 6 on the Top R&B/Hip Hop albums chart. The next year, they released their second studio album Fat Boys are Back. This album was also certified gold by RIAA.

This group released their third studio album Big & Beautiful in 1986. Prince works with Fat Boys includes Crushin’, Coming Back Hard Again, On and On, and Mack Daddy.

His accomplishment with the band includes movies like Krush Groove and Disorderlies. After parting with the band, he went on to a successful solo career.

Later, he joined Cory Rooney in the formation of the Soul Convention, a production company. After joining this company, he produced tracks and wrote for famous artists including Jennifer Lopez, Mary J. Blige, Mariah Carey, and Marc Anthony.

Between 2008 to 2010, Dee worked as the DJ at the WMIB radio in Miami. Recently, he is working at WEDR-FM. He is currently working as the vice-president of the music group Uncle Louie.

According to some sources, the estimated net worth of this rapper was $1.5 million.

There was no rumor and scandal about this artist. Meanwhile, he has managed to keep himself out of any rumor and controversy. He is doing well in his career.

Prince Markie Dee had decent height and weight. Earlier, he was 430 lbs but he lost 175 lbs. Likely, he had black hair and brown eyes.

Similarly, he has his own YouTube channel with over 500 followers.