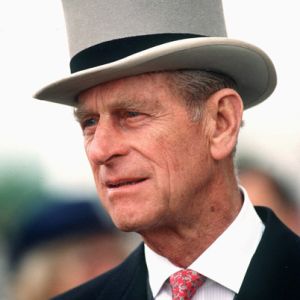 When a man opens a car door for his wife, it's either a new car or a new wife

I don't think a prostitute is more moral than a wife, but they are doing the same thing

We don't come to Canada for our health. We can think of other ways of enjoying ourselves.

What is the relationship of Prince Philip?

The 13-year-old Elizabeth developed a crush on Philip during the trip. Elizabeth and Philip began to exchange letters, which would continue for the next several years.

In the summer of 1946, Philip asked King George for his daughter’s hand in marriage after allegedly proposing to Elizabeth first. The King agreed, provided that any formal engagement was delayed until Elizabeth’s 21st birthday.

To prepare for the announcement, Philip abandoned his Greek and Danish royal titles, took on the surname Mountbatten from his mother’s family, adopted Anglicanism as a religion, and became a British subject.

The engagement of Philip and Elizabeth was announced to the public on July 10, 1947. They were married on November 20, 1947, at Westminster Abbey, in a ceremony broadcast throughout the world by radio.

On the morning of the wedding, Philip became the Duke of Edinburgh, Earl of Merioneth, and Baron Greenwich. He and Elizabeth eventually had four children: Charles, Anne, Andrew, and Edward. Prince Charles, as their oldest child, was the heir apparent to the throne.

King George died on February 6, 1952, leaving Elizabeth as his heir. Philip and Elizabeth heard the news of his death while traveling in Kenya. The accession of Elizabeth to the throne raised the question of the name of the royal house.

On the advice of British prime minister Winson Churchill, Elizabeth proclaimed that the monarchy would continue to be known as the House of Windsor, a moniker first adopted by her grandfather George V.

Who was Prince Philip?

Prince Philip, Duke of Edinburgh, Earl of Merioneth, and Baron Greenwich were born on the island of Corfu in Greece, on June 10, 1921.

He was of Greek and Danish ancestry as well as he was from a royal family. When he was a kid, Philip and his family were banished from his native country. Then they lived in France, Germany, and most of the time in Britain.

While not British, Philip does have family ties to England. Shortly after his birth, his maternal grandfather, Prince Louis of Battenberg, died in London.

Louis was a naturalized British citizen who had renounced his German titles and adopted the surname Mountbatten during the First World War. Philip is also related to the British royal family as a descendant of Queen Victoria.

On September 22, 1922, Philip’s uncle, King Constantine I of Greece, was forced to abdicate the throne. The military government arrested Prince Andrew and executed the commander of the army and five senior politicians. In December 1922, a revolutionary court banished Prince Andrew from Greece for life.

Philip’s family went to France, where they settled in the Paris suburb of Saint-cloud. Over the ensuing years, Philip’s mother was eventually committed to a psychiatric institution while his father relocated to the south of France, maintaining limited contact.

Philip attended the MacJannet American School before he was sent to the United Kingdom to study at the Cheam School. During the 1930s, he relocated to a school in Germany and then moved again to Scotland’s Gordonstoun School, founded by Jewish headmaster Kurt Hahn following the rise of the Nazi party.

Many of Philip’s family members remained in Germany, including his sisters, who married into German aristocratic circles.

After graduating in 1939, Philip attended the Royal Naval College, where he excelled. During World War II, he served in the British Navy while in-law’s family members were on the opposing Axis side of the conflict.

At the old age of 99, king Philip died on the morning of 9 April 2021 at Windsor Castle. Queen Elizabeth, was reportedly at her husband’s bedside when he died. He died peacefully.

At the age of 96, his wife Queen Elizabeth II died on 8 September 2022, at Buckingham Palace. She dies peacefully, it was a natural death.

During World War II, he served in the British Navy while his in-law’s family members were on the opposing Axis side of the conflict.

Philip has remained the queen’s consort for more than six decades, having accompanied her in her official duties and appearances throughout the world. In addition, he has participated in the work of many organizations, particularly favoring those focused on the environment, athletics, and education.

Philip launched the Duke of Edinburgh Awards in the mid-1950s, with a focus on youth achievement. He played polo until 1971 and has also competed in carriage and boat racing. He also enjoys flying airplanes, oil painting, and art collecting.

While largely avoiding personal scandals, Philip is known for his outspoken nature and controversial remarks. In honor of his 90th birthday, in 2011 the Daily Mirror published a list of “90 classic gaffes” that have been attributed to Philip over the years.

The Prince had suffered previously from a blocked coronary artery and a bladder infection, in early June 2013, just days before his 92nd birthday, CNN reported that Philip had undergone “exploratory” abdominal surgery. He was released from the London Clinic on June 17 after more than a week hospitalized.

In early 2015, Philip was made a knight affiliated with the Order of Australia for his decades of royal service, with the award granted by Australian prime minister Tony Abbott.

Prince Philip, Husband of Queen Elizabeth II has a Net worth of $30 Million dollars as of 2022.

While largely avoiding personal scandals, Philip was known for his outspoken nature and controversial remarks.

In honor of his 90th birthday, in 2011 the Dailly Mirror published a list of “90 classic gaffes” that have been attributed to Philip over the years.

Prince Philip’s height was 6 feet. His weight shoe size, dress size or etc. is unknown. He has salt and pepper hair color and blue eye color.