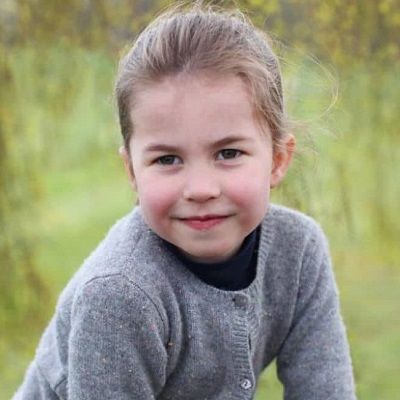 What is the relationship of Princess Charlotte of Cambridge?

Princess Charlotte of Cambridge, Charlotte Elizabeth Diana loves the company of her family.

She is quite protective when it comes to her younger brother, Louis. Last, her photo holding Prince Louis went viral.

Who is Princess Charlotte of Cambridge?

Princess Charlotte of Cambridge is a member of the British Royal Family. She is the only daughter of Prince William and Duchess Catherine.

She is the fourth successor of the British throne.

-Princess Charlotte of Cambridge was born Charlotte Elizabeth Diana on the 2nd of May 2015 in London at St Mary’s Hospital in Lindo Wing. She is the second child of Prince, William, and Princess, Catherine.

-She has two siblings, Prince Geroge and Prince Louis.

-During birth, she was healthy and weighed around 3 kg and 750 grams.

-Her birth was followed by the grand celebration in London. On the very occasion, she received many gifts from all around the world with love. The gift involves Pink Dress from the president of Israel and Tasmanian merino wool blanket from Australian Prime minister, Tony Abbott.

-In order to celebrate the birth of the princess, monuments of London were illuminated with the pink lights. Such monuments involve the London Eye, Tower Bridge, and Trafalgar Square. Apart from that, her birth was celebrated along with gun salutes in the Tower of London and Hyde Park.

– After her birth, she spent time in her family’s country house, Anmer Hall along with her family. Later, on the 5th of June 2015, she was baptized by Archbishop of Canterbury in Sandringham at St Mary Magdalene Church. In the ceremony, common people were also invited.

-In January 2018, she joined Willcocks Nursery School near her family home in Kensington Palace. Later, in September 2019, she attended Thomas’s School in Battersea.

-On the 11th of June, she made the first public appearance from the balcony of Buckingham Palace in the ceremony Trooping the Colour.

– In 2015, she became the fourth line of succession when law stating the female and male heir have equal rights on the British throne. When the law came into effect, she was the first female in the United Kingdom to exercise power.

-On the 19th of May 2018, she made her appearance at the royal wedding of Prince Harry and Meghan Markle. In the event, she wore an ivory dress designed by Givenchy.

– Her parents try their level best in order to shield her paparazzi and media person. However, the public gets her glimpse every now and then. At the age, she is a style icon among children.

According to the business evaluation consultancy, Brand Finance, her net worth will have more than £3 billion throughout her lifetime which is equivalent to $3.93 billion US.

Later, in July 2018, American magazine told that she has an estimated net worth of $5 billion US.

You may also want to read about the career, birth facts, family, childhood, married relationship, the net worth of  Anne, Princess Royal, Darcey Bussell, Steve Nieve.

Photos of Princess Charlotte of Cambridge

Princess Charlotte: New picture Released in honor of her big day by Duke and Duchess of Cambridge!!