Princess Love is a full-time mother of two lately. Professionally, she is a model, reality star, and fashion designer. Princess is married to an American singer-songwriter and actor Ray J. 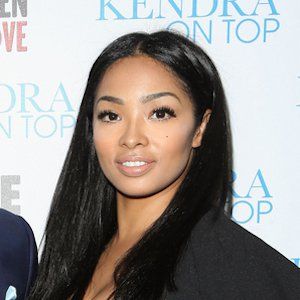 Deep in every heart slumbers a dream, and the couturier knows it: every woman is a princess.

Every girl pretends she is a princess at one point, no matter how little her life is like that.

Her husband Ray is a singer, songwriter, actor. They have a daughter, Melody born in 2018 and she is pregnant with her second child and expecting in 2020.

Their second baby is a baby boy, Epik Ray Norwood was born in January 2020, which was notified by Princess and Ray’s official Instagram account.

The celebrity couple started dating in March 2014 and they got engaged in January 2015.

However, their marriage is on the verge of ending. Ray has filed for divorce from Love. This news came out in the public in early May 2020.

The actual reason for this split is yet to know.

Before Princess was in a relationship with a boxer, Floyd Mayweather Jr. The ex-couple started dating in 2012. They were together for around two years. But afterward, things stopped working out between them. And in May 2014, they separated.

Who is Princess Love?

Presently, she is one of the prominent figures in media for starring in the TV series, Love & Hip Hop Hollywood.

Princess was born as Princess Pilipina Love Norwood on August 14, 1984, in Oakland, California, the United States to Hugh Love.

She is of Filipino, African-American ethnic background. She had a difficult childhood as her mom and dad separated when she was five years old and she was under her mother’s custody.

After her parent’s separation, she met her father, Hugh Love after ten years.

She attended Texas Southern University, Cleburne St. Houston. She also studied at the International Academy of Design and Technology.

Princess Love is a fashion model, a fashion designer, and a reality TV star. Initially, she was a stripper and was a dancer in bars and clubs in Las Vegas.

From 2014, she appeared in a reality TV show, Love & Hip Hop Hollywood. She is also a fashion designer and a fashion model and was the cover girl of the SMOOTH magazine.

She appeared in TV shows like Steve Harvey, and Love & Hip Hop: Hollywood.

This TV star has an estimated net worth of around $2 million. She also earns around $30,000 per Insta post.

There are no huge scandals or rumors about this TV star, But the reports of her divorce from Ray J have attracted the attention of the public.