Priscilla Block is a Country music singer and songwriter who is with the 'Block Party' band. 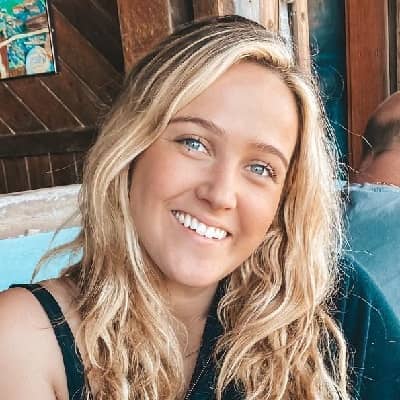 Priscilla Block’s current relationship status is possibly Single. She doesn’t seem to have any love affairs.

Also, she hasn’t revealed any details about her previous relationship and boyfriend. In further days, if she introduces anyone as her boyfriend or lovers then we will update it.

Who is Priscilla Block?

Priscilla Block is renowned as an American Country music singer and songwriter. She is best known for her songs that combining country-pop with a southern rock called ‘Block Party.’

Recently, she releases a faultless cover of Morgan Wallen’s “Chasin’ You” along with two band members.

Priscilla was born on August 11, 1995, in Raleigh, North Carolina. She holds an American nationality and is of Caucasian descent. Currently, she resides in Nashville, Tennessee, U.S.

The name of his father is Brett Block whereas her mother’s identity is unknown. She has four siblings, three sisters and one brother.

Their names are Crystal Block, Isabella Block, Oliver Block. However, her one sister’s name is unknown. Also, her educational details are under the curtain at the moment.

Priscilla was five years old when she wrote her first song. Also, she sang worship music at church with her mother at an early age. During her high school years, she tried out for many reality shows such as American Idol, X-Factor, The Voice, and so on.

Eventually, she moved to Nashville after completing high school to pursue a career in music. In 2017, she released her first EP title “Different Route” on the digital platform.

Similarly, she made her big break when her song “Thick Thighs” went viral on Tiktok in 2019. Also, she performed in various music festivals like the ‘North Carolina State Fair in Raleigh, NC’, ‘the Candler Park Music Festival in Atlanta, GA’.

Lately, she released her song “Just About Over You” which cross at No.1 on iTunes Country Charts and No.1 on the iTunes All Genre Charts. In 2020, she signed her first-ever label deal with Univeral Music Group Nashville.

The singer has a fresh career, until now she hasn’t been part of any sorts of rumors and disputes that hamper her uprising career and personal life.

As per other online sources, she has an estimated net worth of around $700 thousand throughout her profession as a singer and songwriter.

Basically, she earned in the range of about $30 thousand to $40 thousand annually.

Additionally, she earned around $1.8k to $28.8k per month through her Youtube channel. The estimated amount will be around $21.6k to $345.8k annually.

The singer stands at the height of 5 feet 5 inches tall whereas her weight is unknown. She has beautiful blue pair of eyes with blonde hair color.

Moreover, her other body measurement is also under review.

Moreover, she is also active on Tiktok with more than 776.8k followers.