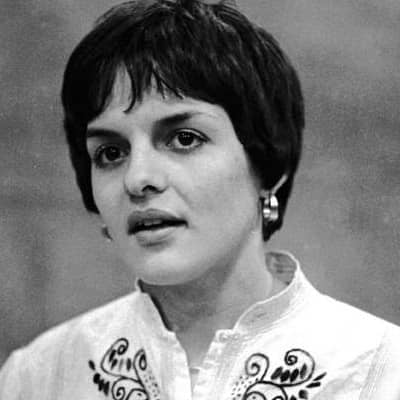 Priscilla Lopez is currently married and living a happy life with her husband and children.

Who is Priscilla Lopez married to?

Priscilla Lopez is married to Vincent Fanuele who is a musical director and conductor. She first met her husband while performing in the musical Company and he was playing trombone in the orchestra. After meeting each other they tied their knot in the year 1971. Till now they have been together for 51 years.

How many children does Priscilla Lopez have?

The Couple loved it so much that from this marriage they had two children. Their daughter Gabriella Fanuele was born on 4 April 1989 and their son Alex Fanuele whose date is not disclosed. Both children have been pursuing their dream careers in acting.

Who is Priscilla Lopez?

Priscilla Lopez is an American singer, actress, and dancer who is known for her role as Diana Morales in A Chorus Line. She also had the distinction of appearing in two Broadway landmarks: A Chorus Line and Breakfast at Tiffany’s. She is also known for winning Tony Award for Best Performance by a Featured Actress in a Musical.

Priscilla Lopez was born in the Bronx, New York City, U.S on 26 February 1948. She holds citizenship as an American and belongs to the caucasian ethnicity. From Puerto Rico their native land they moved to New York.

Her father’s name is Francisco Lopez who was a hotel banquet foreman and her mother Laura Lopez‘s occupation name is unknown. She doesn’t have any siblings and she is the only child of their parents. There is no information regarding her childhood.

Priscilla Lopez attended the High School of Performing Arts in Manhattan, where she majored in drama. She also gained a lot of experience as a drama actress.

Priscilla Lopez rose to prominence in WTF’s production of Grand Horizons last season. She began working at The Clean House in 2017. She recently appeared on Broadway in the Tony Award-winning revival of Pippin. She even toured the United States and Japan and reunited with fellow 1972 Pippin cast member John Rubinstein.

Priscilla Lopez began her career in 1960 and is still active in the entertainment industry. In 1974, she starred in the television series Feeli’ Good. Following that, in 1977, she appeared in three series: A Year at the Top, The Doctors, and All in the Family. The following year, she was cast in Having Babies as Sally and In the Beginning as Sister Agnes. She also portrayed Julia in the Family television series. In 1980, she starred in Captain Kangaroo and Cheaper to Keep Her.

She also had numerous opportunities to showcase her acting talent. She also appeared in films such as Love Cycle: A Soap Opera Operetta in 1984 and The Recovery Room in 1985. After many movies and series, in 1993 she played Mary Ayala in For the Love of My Child: The Anissa Ayala Story and D.A White in Moment of Truth: Stalking Back.

Some of her television series and films are:

Priscilla Lopez hasn’t been in any rumors and controversies till now. She has maintained her personal as well as her professional life so well. There hasn’t been any negative impact she has suffered through any controversies. She has always kept her personal life away from the spotlight that’s why there is not much information regarding it.

What is Priscilla Lopez Net Worth, income in 2022?

According to the source, Priscilla Lopez’s net worth is estimated to be $2 million in 2022. Apart from her net worth, there is no information about her salary and the income she earns. She also has not shared her personal belongings, like her cars, jewelry, and properties she owns.

Priscilla Lopez has maintained her figure so well that she still looks very attractive and young. She stands at a height of 5 feet 5 inches tall however there is no information regarding her weight. Although she has a slim body type she hasn’t revealed her hips, waist, and chest measurements in the public. Looking at her appearance she has brown hair and hazel eyes.

Priscilla Lopez is well known popular singer who is loved by many people. However, she has stayed away from the limelight and spotlight. Although she is famous she does not seem to be present on any social media platforms like Instagram, Facebook, Twitter, and youtube.